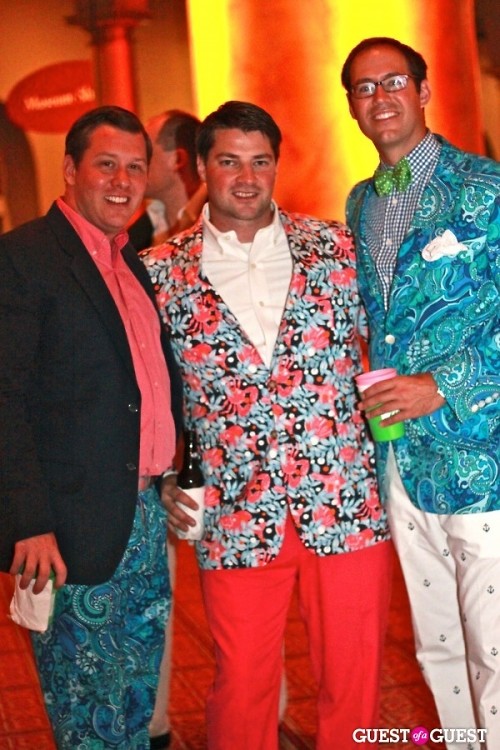 The Capital Club held their 19th annual Sinatra Soiree on Thursday at the National Building Museum.

Since this party has been in play for almost two decades, there are certain fun things we have come to expect. Men typically dress in bright summer fashions, a favorite among them being Nantucket reds and "critter pants," and ladies in bright frocks from lines like DVF and Milly. One of the sponsors of the event was new clothier Jack Robie, so we have a feeling we\'ll be seeing more of the line\'s brightly colored, preppy styles around town.  Another typical scene: by the end of the night, the youngest attendees walked out of the venue with a stack of colorful cups that made their way back to their Georgetown or Glover Park kitchens.

The Capital Club is an exclusive group of 100 young men, typically cherry picked for their social connections and education. Among their leadership are Georgetown heartthrob Win Huffman (President), and young nightlife entrepreneur Fritz Brogan (Vice President). LateNightShots, the invite-only social networking Website dominated by ex-fraternity and sorority stars, was abuzz today with people discussing "who looked best" and couples that appeared to have paired off for the first time.

Despite having work the next morning, many found their way to after-parties at George and Rugby.

We can\'t wait to see if they have any tricks up their sleve next year for the big 2-0. Maybe they\'ll throw it on a weekend night this time.

Related: The Steps Experienced During A Weekday Hangover