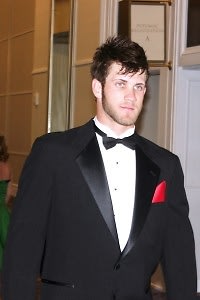 Bryce Harper is settling well in DC, and hopes to play his entire career here, according to this amazing feature story in the Washington Post about the 19-year-old baseball star.

A few weeks ago, he told teammate Ryan Zimmerman that he hopes to get a long term contract (Zimmerman signed a 10-year contract extension with the Nationals earlier this year). Bryce is also toying with the idea of living here year-round/through the winter, which only three Nats do.

Bryce is "living alone in a top-story apartment in Pentagon City, a $9.9 million contract in his pocket and a $20 Weber grill on the balcony. He does his own laundry, except when his father visits. When he is bored, he goes shopping in Georgetown."