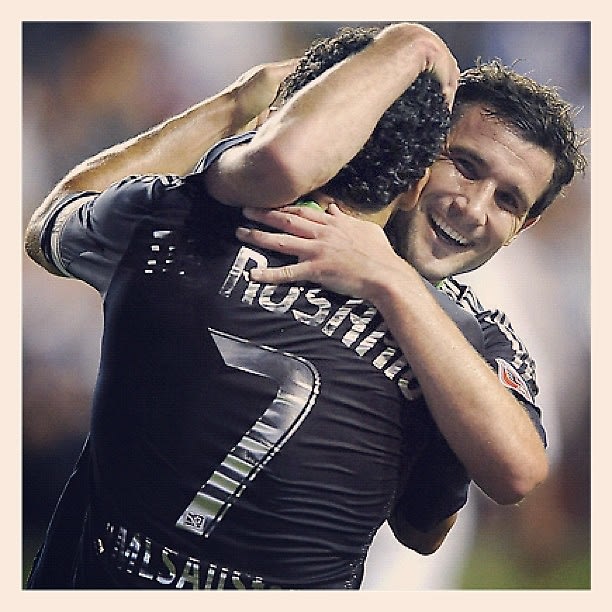 For the first time since 2008, the MLS All-Stars, which is comprised of the top players from the USA's Major League Soccer teams, won their all-star game on Wednesday against Chelsea.

The team was coached by DC United's Ben Olsen.

Also, one of the goals was scored by DC United hottie Chris Pontius, 25, with an assist from DC United's Dwayne De Rosario, 34. Chris also assisted the winning goal....And OMG....snagged the title of All-Star MVP!

In spite of this major win, we are not sending a team to London this year. Olympic soccer teams are made up of all under-23-year-olds plus three over-23-year-olds, so the teams are picked very differently than the All-Star roster, and ours lost in a qualifying round. Boo.