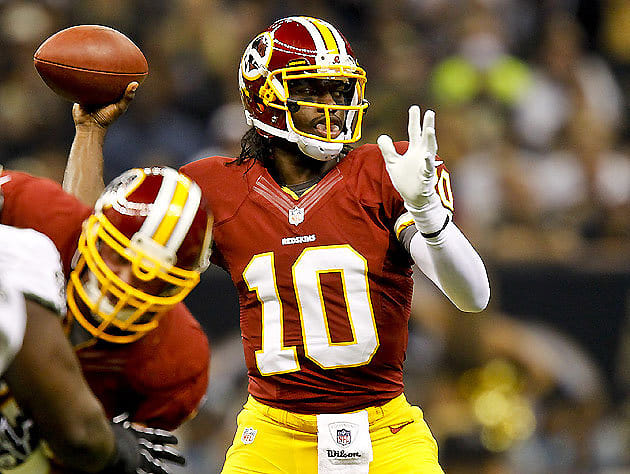 Washingtonians: If you don't already have an RGIII jersey, you're probably getting one for Christmas. ESPN reported today that sales of the #10 Redskins jersey from everyone's favorite rookie has sold more than any other player's in a single season since the NFL started keeping track six years ago through their online store, NFLshop.com.

What makes Griffin's accomplishment even more impressive is that the NFL's fiscal year runs from April 1 to March 31, meaning that he has the league's highest-selling jersey with 3½ months to spare.

Sounds about right, since it's been a couple of years since we proudly bought anything burgundy and gold.