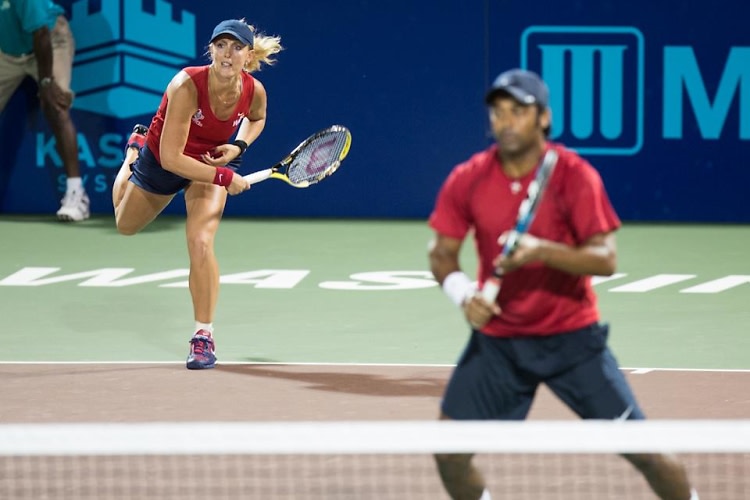 Whew, that was a close one! DC's tennis team, the Washington Kastles, have not lost a game since 2010, making them Washington's "winningest team." The team scored their 23rd consecutive win last night, but the Sacramento Capitals really made them work for it.

A stirring, shutout singles performance by Anastasia Rodionova provided the Kastles with enough cushion to take a two-game lead into overtime on Wednesday, which they clinched on their sixth match point when Rodionova hit a service winner.

It was a coming-out party for the newest Kastle with thousands of her biggest fans there to share the occasion. After hitting the serve that kept the Kastles' streak alive, Rodionova raised her arms in unison with the crowd before Paes raised Rodionova above her shoulders.

Let's hope the Kastles hold on to their streak! Serena Williams plays for Washington this Sunday.