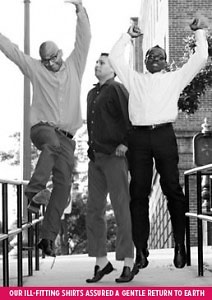 With a more than a year of experience now behind their collective collar, the upstart shirt designers of D.C.'s Hugh & Crye threw themselves a launch party/pop-up shop walk-through this past weekend in Georgetown. Not ones to be bound by the de rigueur haughtiness of old school menswear's, H&C co-founders Pranav Vora and Ernest Chrappah used the evening -- appropriately entitled "For Shirts & Giggles" – to show off not only eight new additions to their line of much ballyhooed dress shirts, but also to point out just a few of the most common waist-up fashion faux pas filling D.C.'s corridors of power.

Unlike their New York-London-Paris competition, H&C -- motto: "We Make Shirts That Fit" -- inhabit a universe were a subpar shirt is known only as "an ugly" and terms of art like "muffin top,"  "sleeve fat" and "the white snuggie" are the typical nomenclature in diagnosing a dude-fashion fail.

To that end, H&C plastered the walls at "Shirts & Giggles" with a few examples of the hearts, minds and wallets they've won back from Fifth Ave.   Here's what we mean, straight from the designers themselves: 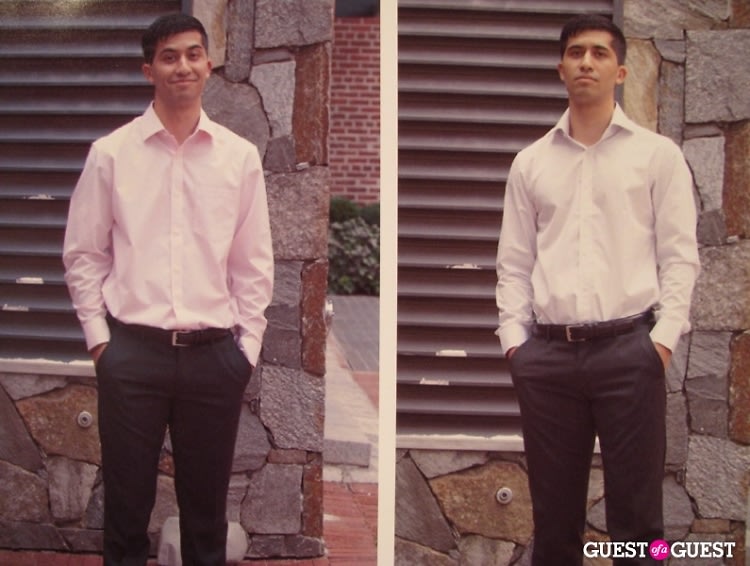 Before: The Banana Republic ugly droops off of Matt’s shoulders and creates a loose body, sloppy sleeves and an extreme muffin top.

After: Matt wears the H&C "Sure Thing" in Average/Lean, which contours his chest and shoulders, and shapes around his arms. 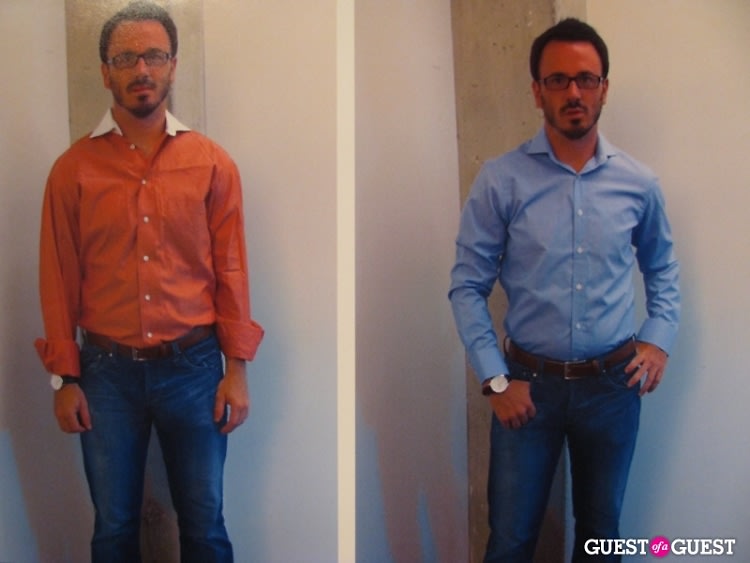 Before: Tim is wearing a frumpy number from Macy's, which was already taken to the tailor's to get the sides tapered. 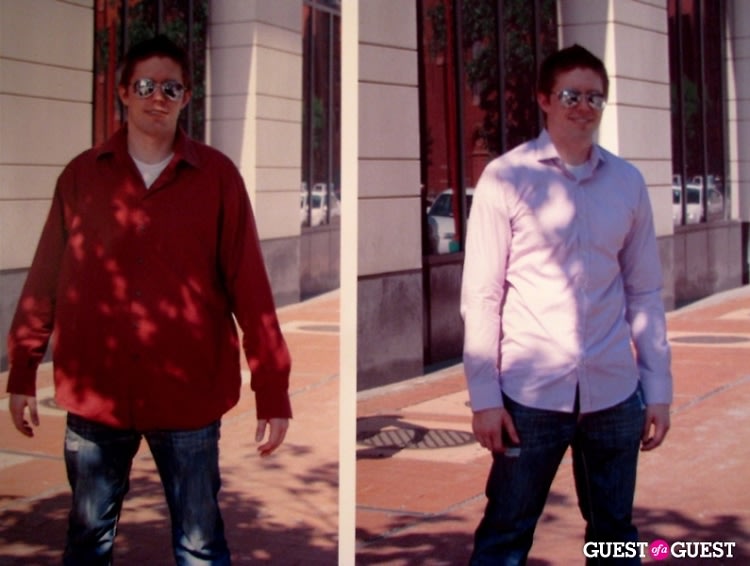 Before: Poor Kevin here is swallowed and owned by thus red swath of terror for Nordstrom. Not much else needs to be said this ugly except the most vital fact: it was worn without knowledge of a comparison photo shoot.

After: "Plum Adventure" in Tall/Lean hugs and gives shape to Kevin’s upper body.

According to co-founder Chrappah, H&C's traditionally styled, eclectically titled wares are thriving due to the business's, at preset, online-only status.  Not only does the low overhead keep the fine herringbone flowing for less than a hundred bucks a pop, but it also gives the designers a unique means of keeping tabs on their clientele's needs, wants and wishes.

"Once [customers] register, we find a unique way…of understanding what matters to them when it comes to fit.  That same group, we'll use them to fine-tune our new products that are coming," said Chrappah. "It’s good to introduce new products, but it's even better if we can develop them based on what a customer is looking for."

Those interested in checking out H&C's shirts in the flesh will have two more chances to examine them up close this month:

-The following week, from August 13-15, they'll be in residence at the Atlas District's newest impromptu marketplace, The Temporarium. 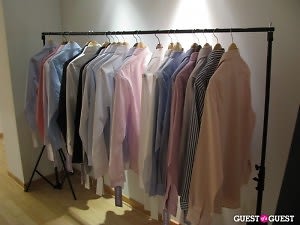 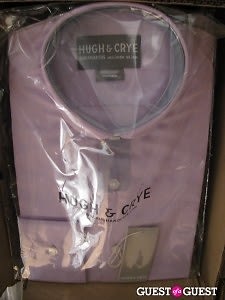 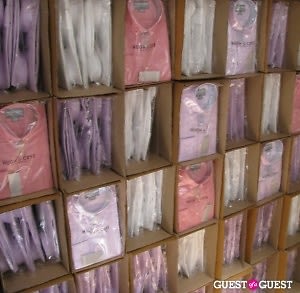 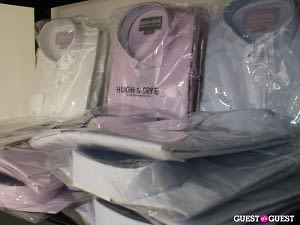