It's August in the District.  This means many things: the political types are enjoying recess, it's hot as balls outside, restaurant week is upon us, and there seems to be NOTHING to do.  But since we all like doing stuff, we have to get creative to entertain ourselves during the last of the summer months.

Our first suggestion of how to beat your boredom is one that should only really only, medically speaking, be undertaken if you have access to an air conditioned apartment.  We know some of you:

(b) are too cheap to turn the AC on

(a) someone with whom you want to have sex

Now, all you need to do is download the Sexy Time app and get to bumping uglies. 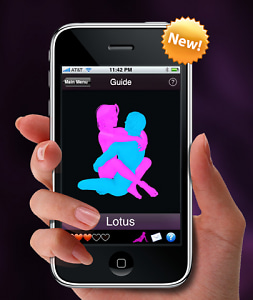 A veritable user's guide to fornication, the app not only provides very helpful blue and pink pseudo-cartoon illustrations of how to interlock your body with your partner's, but also provides written descriptions of how to best approach each position.

And the app is apparently "DC-based" which is the only reason we're telling you about it...

"Different women prefer different angles of penetration, so reverse cowgirl might be just right for you.  The man can still stimulate with a hand, and slippage is less common.  Place a pillow underneath her waist to give her more height in her ride"

The app allows you to rate positions so that when you choose the "randomizer" feature (i.e. the app randomly selects positions in which you and your partner can engage) you're not stuck with configurations that don't get your blood flowing.

"What if I'm a slut who likes multiple dudes at once?" you ask?  Sexy Time's got you covered.  The app suggests configurations for up to four sexy time participants (because after all, four's a party, five's a crowd).

It's no wonder a recent report found that iPhone users are getting the most action in the sack (Blackberry users are probably too work obsessed and leave too little time to get laid, and Droid users are just weird.  Who the hell buys the Droid, and more importantly, who wants to sleep with someone who has the Droid?  DROID!) 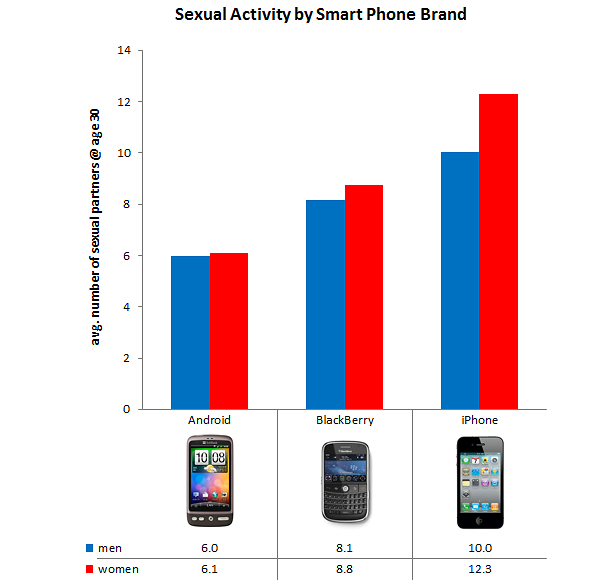 So...should we get iPhones?