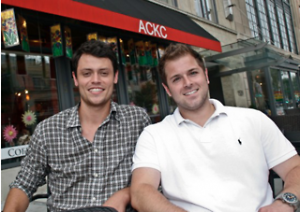 Harrison Miller and Josh Hoffman both grew up in D.C. but were never really friends in highs school although they did share mutual friends.  After both attending UPenn, where they became close friends, Harrison and Josh kept in touch.  Post graduation (they are both 2008 grads) they both witnessed the boom of social media (Twitter took over) and group buying fora (Group On, Living Social).  They also saw an opportunity.

The opportunity was to start Deals for Deeds, a group buying collective that benefits local charities.  We chatted with the Deals for Deeds dudes to see what sets them apart from their competition:

Guest of a Guest: Did your studies at UPenn lead directly to Deals for Deeds?

Deals for Deeds: Yes and no.  Harrison studied real estate in the Wharton School, while Josh was in the College of Arts and Sciences focusing on Urban Studies.  We both learned about the physical and theoretical planning of urban spaces, and in a way that knowledge is really when canvassing D.C. for potential Deals for Deeds partners. 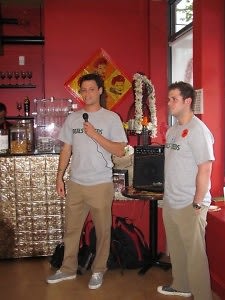 So what exactly led you guys to start Deals for Deeds?

After graduation, even though Josh traveled in South America, we kept in touch.  We both seemed to find the idea of social media popping up in so many different ways...Twitter was really booming at this point and we couldn't believe it.  The group-buying concept also started to become quite popular and would again find its way in so many of our conversations through random associations.  Deals For Deeds grew out of a small thought of how we can use some of this power to make a difference, fused with our love of D.C. and our feeling that there is so much to explore in this city, even if you've lived here your whole life as we have.

So Deals for Deeds, then, if your way of giving back to the city in which you grew up?

For us, Deals For Deeds isn't just about being environmentally conscious, or socially conscious, or being a part of the community, or promoting local businesses, or helping local charitable organizations.  Its about ALL those things, working together!

What charities do you choose to work with, and why?

We're pretty open about the types of charities we feature.  Our main criterion at this point is that the charities use the money we donate locally in some fashion.  So, if the organization isn't purely local, we want to ensure it's involvement with Deals for Deeds is going to benefit the local chapter or for use on a local project.  That way every purchase is a reinvestment back into the community. 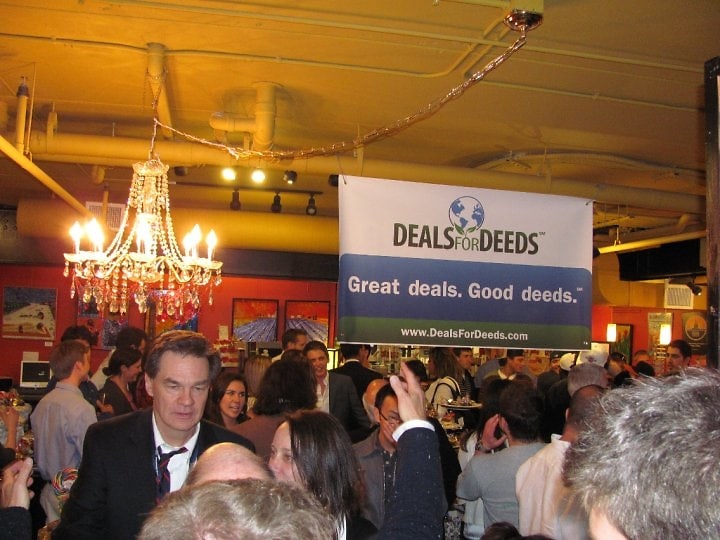