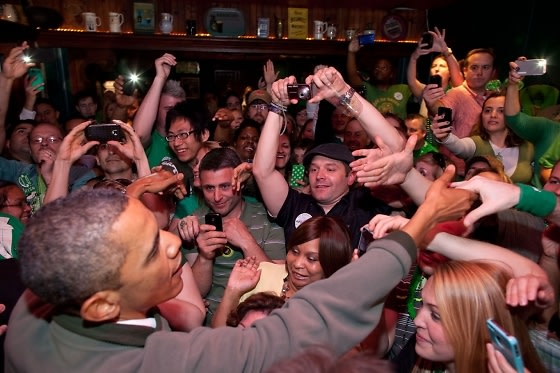 On Saturday, President Obama joined throngs of day-drinking Washingtonians for a beer at The Dubliner, an Irish pub located at 520 North Capital Street. He drank a pint of Guinness. Henry Healy was among the drinkers at the pub, and he happens to be Irish and Obama's 8th cousin. 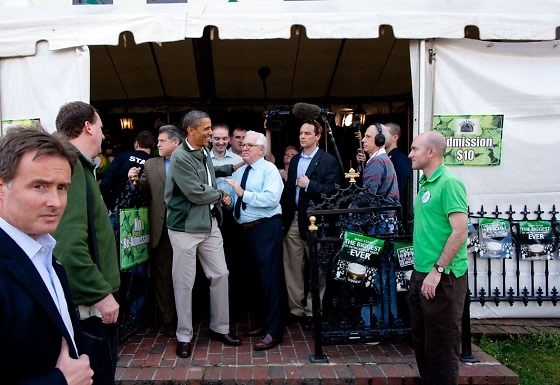