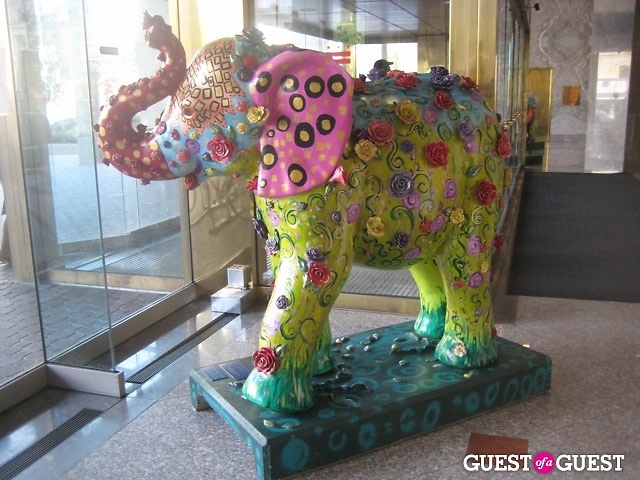 We stumbled upon this little fella while attending to some D.C. government business (which takes forever in this town).  We were in such a rush to get out of the courthouse next door to this building (around 4th and G Streets NW) we forgot to stop and get the official name of the building where this Party Animal has been hiding.

Since their installation in 2002, the Party Animals have been a big hit in D.C.  But because the installation couldn't last forever, a number of the painted elephants and donkeys have found new homes in various D.C. government building.  We're sure some made their way to private homes or other businesses, but have yet to see any Party Animals in such spots. 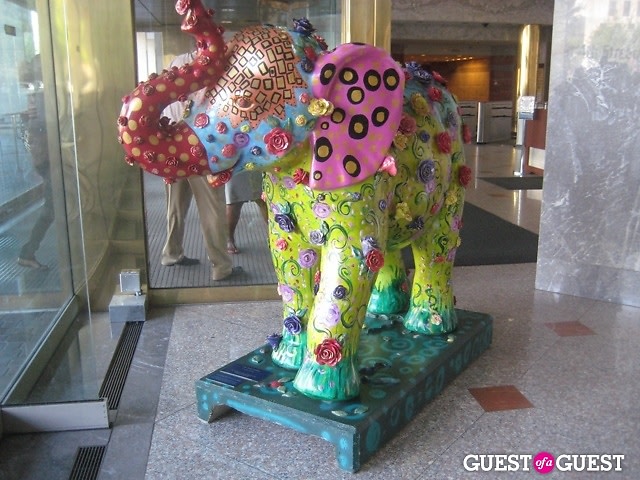 And lest the first elephant we stumbled upon get lonely, she had a friend on the other side of the door. 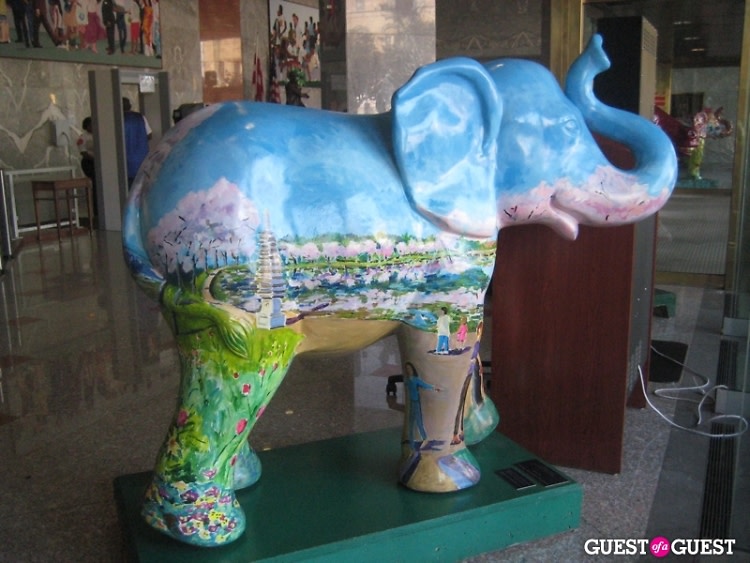 - The former elephant is in homage to the White House rose garden, while the latter depicts cherry blossoms around the Tidal Basin.

Where else have you seen the Party Animals?