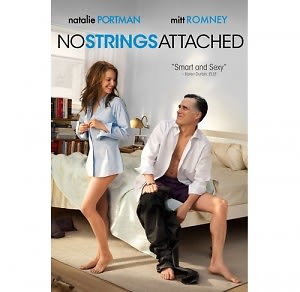 Is Mitt Romney coming to a theatre near you? Not quite, but the new irrelevant tumblr has some ideas for the candidate if politics doesn't work out. Rom Com 2012 re-imagines our favorite romantic comedy with Mitt as the leading man. Can you imagine "It's Complicated" starring Meryl Streep and Mitt Romney? I kind of like the sound of that.

The tumblr gives a brief synopsis of the movie and many feature a billionaire unable to integrate himself into the true America. If that doesn't sound like a hilarious romp, I don't know what is!