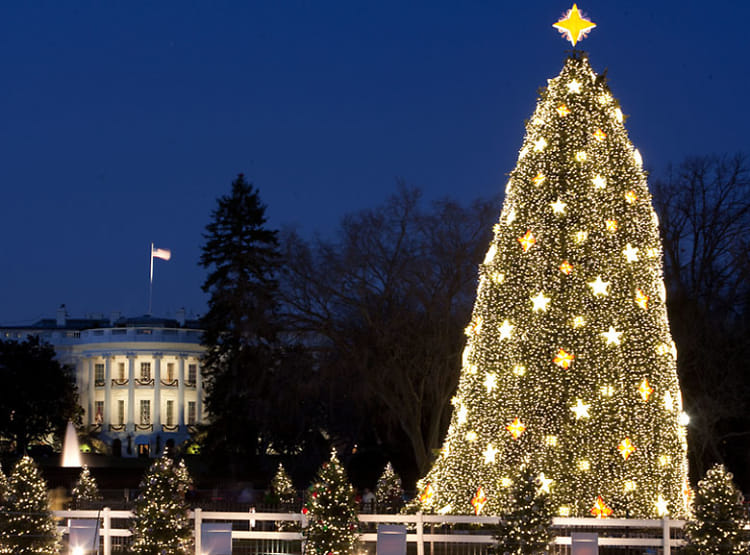 The Lottery for the 2012 National Christmas Tree Lighting Ceremony is now available. The lighting of the tree by the First Family official marks the start of the Holiday season, and is an annual ceremony in its 90th year.

Located on the White House Ellipse, you can expect to see the National Christmas Tree and its 56 cousins: one tree that represents each state, five territories, and the District of Columbia. Like past events, this year has other displays like Santa's Workshop, model trains, and it will be the site of nightly performances from regional performers.

The National Christmas Tree Lighting is on December 6, 2012 and tickets can be requested online in a public lottery until 10am on October 29, 2012.