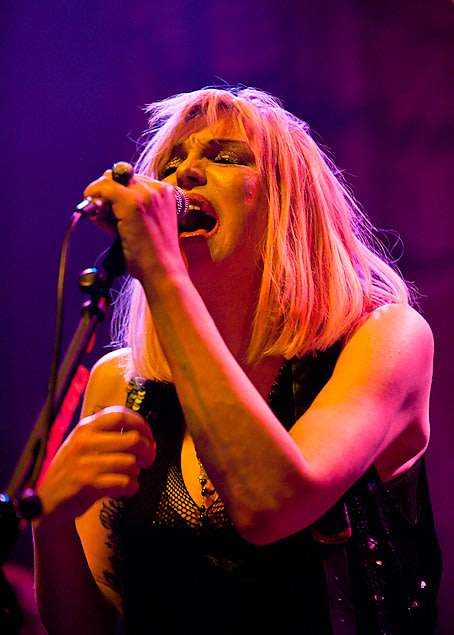 Courtney Love (well, Hole to be exact... whoever the eff that is) graced the 9:30 Club stage last night and was just as classy as ever, which you can obviously see for yourself from this picture!

The trainwreck entertained D.C. last night as she performed a 3-hour set at the 9:30 Club for quite the  unforgiving crowd. Unfortunately, the entertainment came not from her music but from just how awfully painful Courtney Love was to watch. The semi-coherent performer (take this word with a grain of salt) began her set with the club three-quarters full, but as the hours became increasingly dreadful, the venue emptied out to only a quarter of the audience still present at the end of the show.

Between being booed off-stage and curses flying from the crowd, to Love requesting a bra from an audience member, the wacko said it best herself,

"This is a really weird show, I can't tell if it's really terrible."

We don't think Courtney Love will be welcome back in D.C. any time soon.