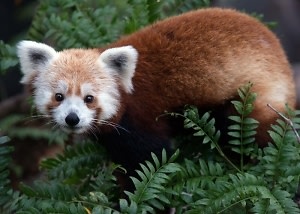 Years from now, we'll call this case "The Curious Incident of the Red Panda in AdMo."

On Monday morning, the National Zoo sent out a plea over Twitter in hopes of finding their red panda, Rusty. They warned that the cutie-pie could be dangerous if it felt a threat of danger. Rusty was last seen on Sunday evening.

It was a scary couple of hours until the little ball of sweetness was found in...Adams Morgan?!?! What?! Was it hitting up the Brass Monkey for some karaoke? Once again, the Zoo took to Twitter to announce that Rusty was found in Adams Morgan and was quickly checked for any injuries or problems.

Nice to see he's back safe and sound at the zoo!