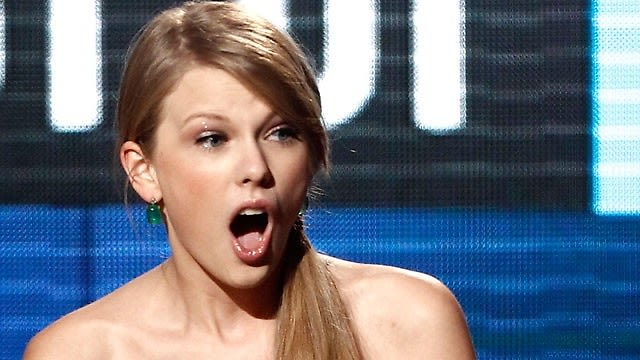 Sounds like someone needs to get her family politics in order. Kyle Kennedy wed Liam Kerr on Saturday, and the mother of the bride, Victoria "Vicki" Kennedy, is pretty ticked off that the Grammy winning singer and her new boyfriend crashed the wedding--and did not leave after being told twice to do so, according to the Boston Herald.

“They texted me an hour before the wedding and asked if they could come,” Vicki Kennedy said. “I responded with a very clear, ‘Please do not come.’ They came anyway. ... I personally went up to Ms. Swift, whose entrance distracted the entire event, politely introduced myself to her, and asked her as nicely as I could to leave. It was like talking to a ghost. She seemed to look right past me.”

According to the Boston Herald, Swift's publicist is insisting that "Taylor was invited to the wedding and the bride thanked her profusely for being there."

Come on TayTay. Haven't you ever heard of "no ring, no bring?" These are the Kennedys, not the Jonas brothers!