Last week, two D.C. taxi driver associations teamed up to sue Mayor Vincent Gray, the D.C. Taxicab Commission and its chairman over unfair rates. In response, Mayor Gray appointed four new members to the commission, including two drivers. While this may have quelled the whining from cab drivers, their passengers have a lot of unanswered rants! A look at some of the recent mentions of DC's Taxicab drivers, found all over the internet: 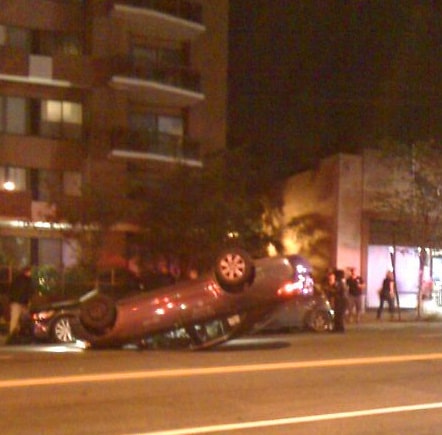 [@rtisticgirlDC snapped this picture with her phone, of a flipped over DC cab in Glover Park at 8 p.m. on Thursday, September 22]

[@SmoothDaaBoss is also frustrated by the city's cabs]

There were also some great comments in this article about the lawsuit from DCist. Best of: 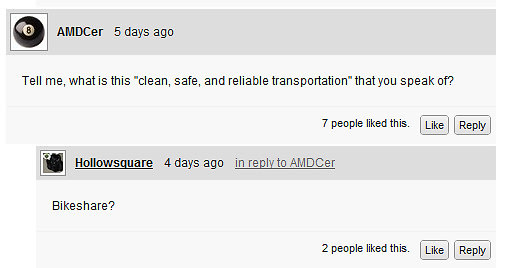 ...and one commenter, hoping the rates will not go up any higher:

Do you have any DC Taxi complaints? Tweet them to us at @GofGDC, or banter with @TaxisDC, who has been keeping a record of DC taxi news and tweets:

Last but not least, apparently the D.C. Taxi Commission, in spite of their "public meetings," arrested a reporter--this is a big no-no for a government body to do. They are literally not allowed to stop reporters from writing about public meetings. The most recent arrest occured at a meeting in June, when Jim Epstein of Reason.TV was escorted in handcuffs (click to view in Youtube): 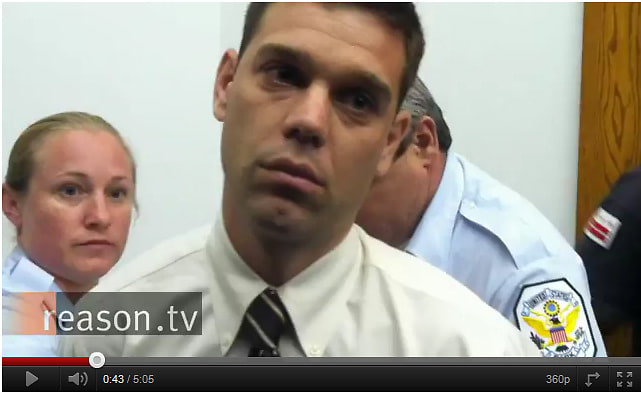 Get it together, DC cabs!