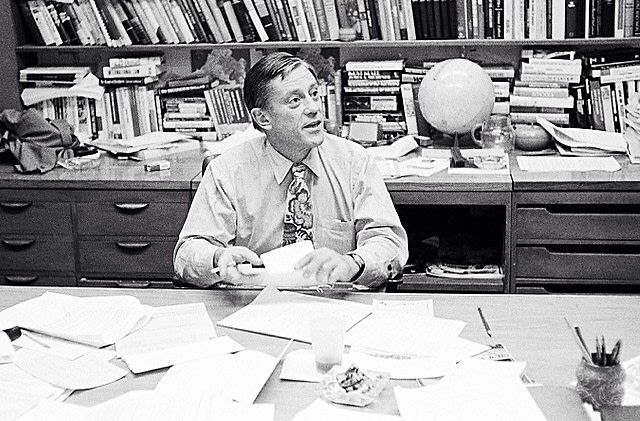 A silent awakening shook the journalism world this morning when reports revealed that the legendary Washington Post Editor and Vice President of the Washington Post Company Benjamin C. Bradlee passed away at 93. Known for contributing to the Watergate reporting that led to President Nixon's resignation, Bradlee also led the publishing of the Pentagon Papers alongside Post owner Katherine Graham. From his personal style to his courageous efforts in reporting, we look back at his honorary moments and interviews and his lifetime achievements in journalism. According to President Barack Obama, Bradlee always looked cool in his Turnbull and Asser shirts. Although he's commonly known by his portrayal in the movie, All the President's Men, today the world remembers who he truly was.