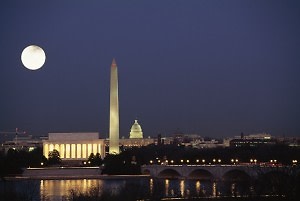 As the always sage Mike Madden pointed out today via Twitter, there's a lot of stuff out there that is not news.  But it gets covered as though it were anyway.  We understand this on a lot of levels: the media is constantly expected to produce and when there are not enough shark attacks of Chelsea Clinton weddings, they have to make news out of something, right?

“it seems important now, even vital, for metropolitan regions to cultivate self-respect by having cool nicknames.”

Coming from a paper that has dubbed  itself “WaPo” this statement doesn’t really surprise us, but we couldn’t agree less.

The “WaPo” (does this sound like a fast food chain name to anyone? Or an overzealous noise of excitement? “Wahhhhhhhhpooo!”) cites other “cool” cities with “hip” nicknames such as “The Big Apple” and “The Windy 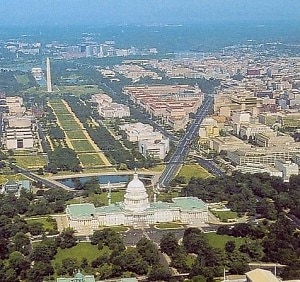 City.” We are deeply sorry to announce this, Wash Post, but the only people who would ever refer to New York and Chicago with those names are either:

New York is “NYC,” or perhaps just “The City.” Chicago can be referred to as “The Chi,” “Chitown,” but never, ever “The Windy City.”

Similarly, although Wash Post (I’m sorry, but WaPo simply will not do) asserts that D.C. has been dubbed “DMV,” we are not so sure. D-M-V is meant to indicate “District Maryland Virginia”, and we find ourselves asking several questions, among them:

A )Does Wash Post know that rappers and other thugz have been referring to the DC area as DMV for years now? This is not really “news,” newspaper. It’s more like summary.

B) What’s wrong with just “The District?” Personally, I think this has a exclusive sounding flair, and is far more widespread in use than DMV.

C) It might just be us, but no matter how trendy and catchy Wash Post or anyone else says “DMV” is, in our heads in only invokes memories of standing in three hour lines to renew our driver’s license.