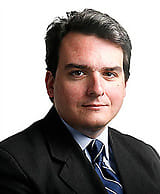 Poor David Weigel.  All he wanted to do was vent.  But, it cost him his job as a Washington Post political blogger.

The former Washington Post blogger resigned after someone made public his private emails, which contained some shit-talking about the conservative politicians on which he reported.

Why anyone would feel the need to do this to Weigel is unclear, but what is certain is he would have thought twice before digitally recording his chagrin, had he only seen this PSA:

These charming clips are always geared toward tweens and teens, which implies that adults are internet-savvy and mature enough to understand that everything they ever post online could come back to haunt them.  Guess Weigel missed that lesson in Blogging 101.