Brooklyn-based art duo FAILE have completed their latest work at the legendary mural space on Houston/Bowery, which began last week. The new piece replaces the previous work of French artist JR, which went up this past June. The mural adds a burst of refreshing color compared to JR's previous piece and brightens up a city bracing itself for the winter blues. 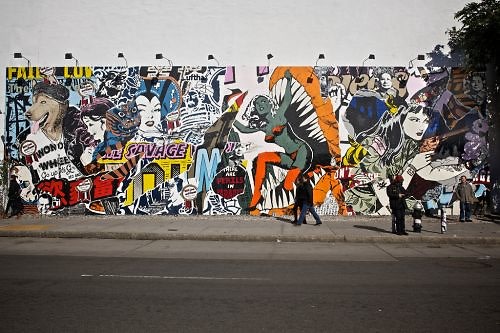 FAILE is known for their use of wheatpasting (liquid adhesive made from paste and water) and stenciling. The same space has been home to pieces by artists such as Shepard Fairey.

Check out the mural if you're downtown! 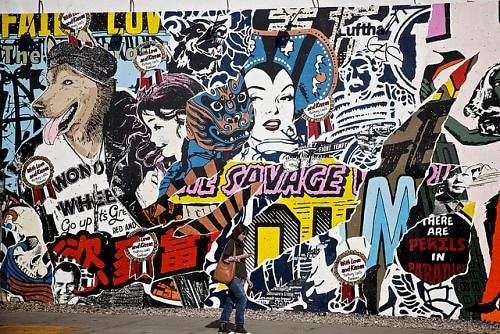