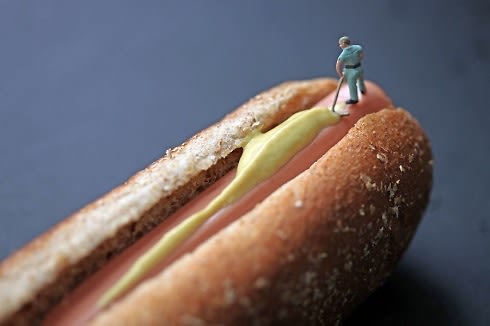 Christopher Boffoli is a famous photographer and writer known for his photographs that toy with size disparity and food landscapes. His work is inspired by the television shows in the 80's like Honey I Shrunk the Kids, and even further back in history to the 18th century with Jonathan Swift's Gulliver's Travels.

In Boffoli's collection, Big Appetites, he creates tiny, detailed, figurines against familiar foods, mimicking real life environments such as mountain tops or school hallways. In addition, his photographs are accompanied by a short commentary adding further humor and entertainment for his audience. While Boffoli's art is humorous and light hearted, he also urges his audience to think about the more serious questions at hand, such as portion control, consumption, and labor laws.

Edible World, is Boffoli's latest series in his Big Appetite photographs. You can check out Boffoli's solo show at Winston Watcher Fine Art in New York on June 21st through August 24th. 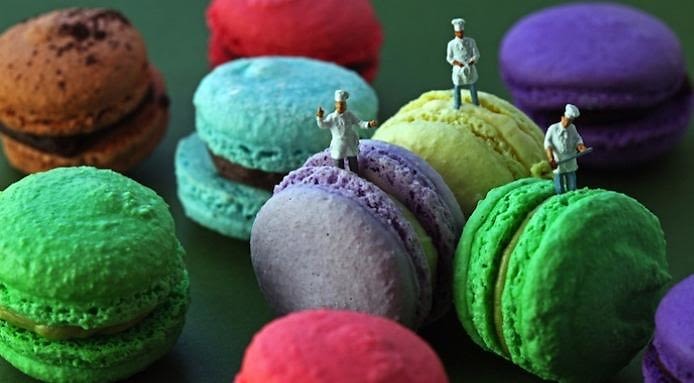 Phillip steeped forward to take credit for all the work. 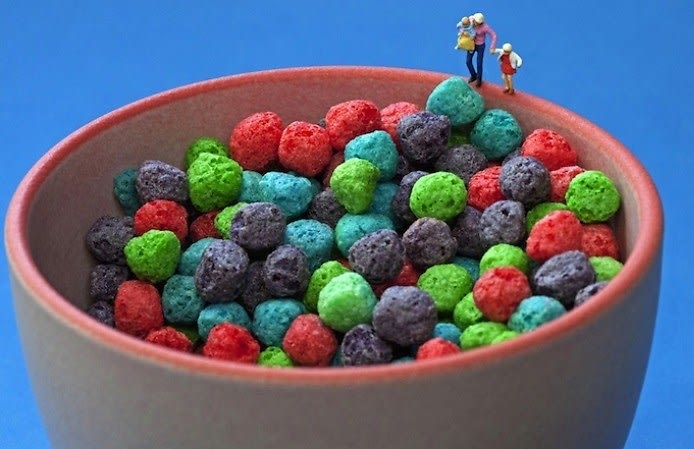 Bev was the classic helicopter parent. It was all about fear for her. 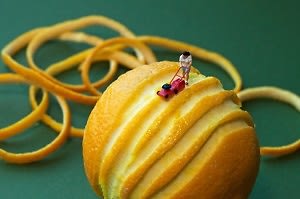 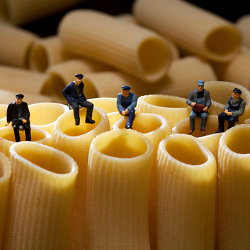 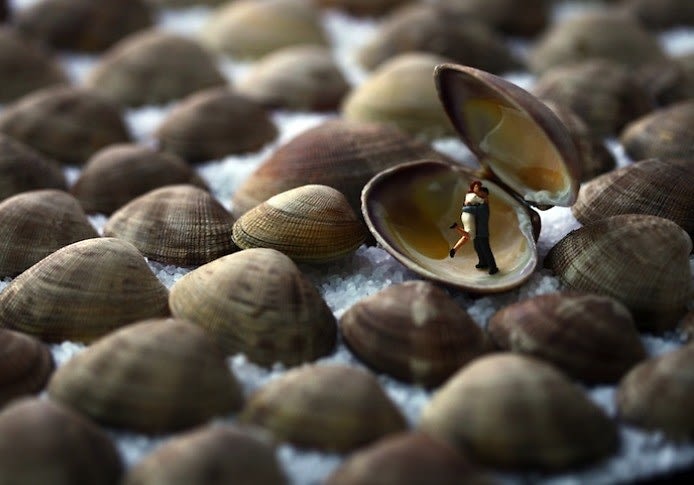