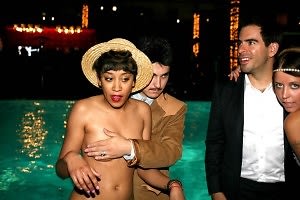 Oooh Hollywood. It might just be chlorine and tequila fumes, but we thought we spied some actual semi-celebs (ie Amber Rose and Aly Michalka) at this bash. Naturally that made us think of the best the silver screen has to offer . . .

Art imitates Life and Life imitates Art and Everyone imitates Whatever Hit It Big At The Box Office. Don't believe us? Let's start by taking a closer look at that lead pic . . . 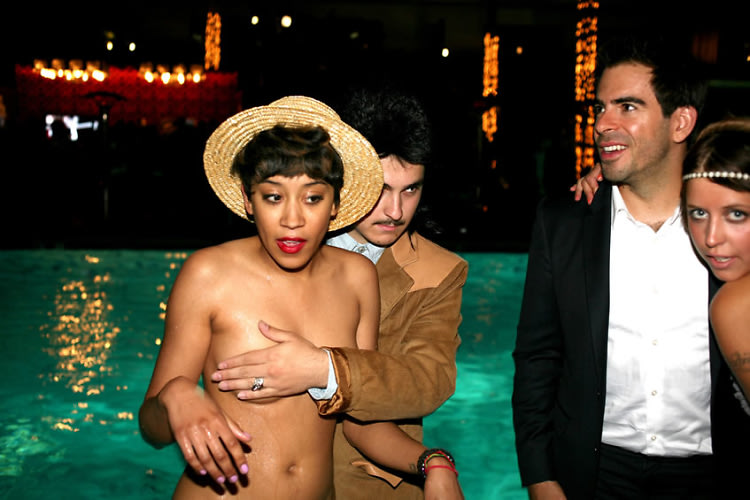 Yeah, that's some Titanic nonsense. It's right after Jack sketches Rose. If you look closely at the photo, you can tell the nude lovely is still saying, "I want you to draw me like one of your French girls, Jack." 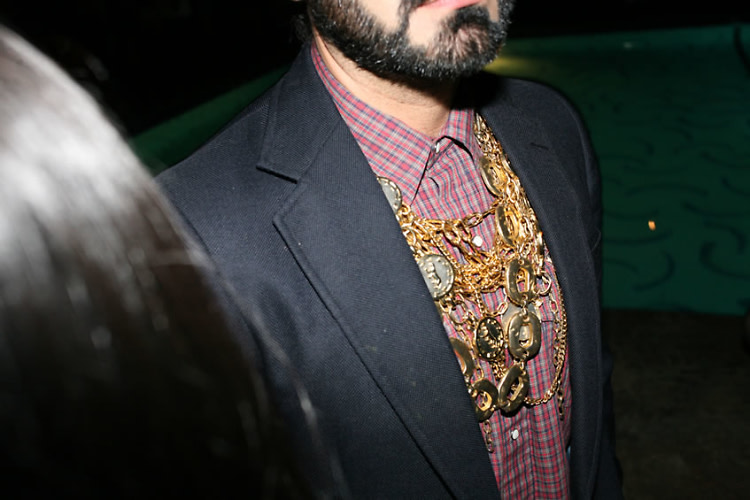 It's the treasure from Indiana Jones and the Temple of Doom. 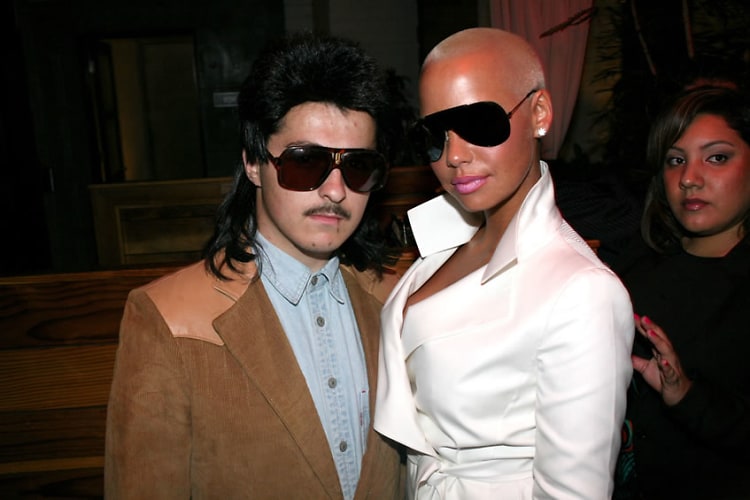 Look on the far right. That's definitely the mean-face wizard trying to sabotage Gandalf-Amber-Rose in The Lord of the Rings. 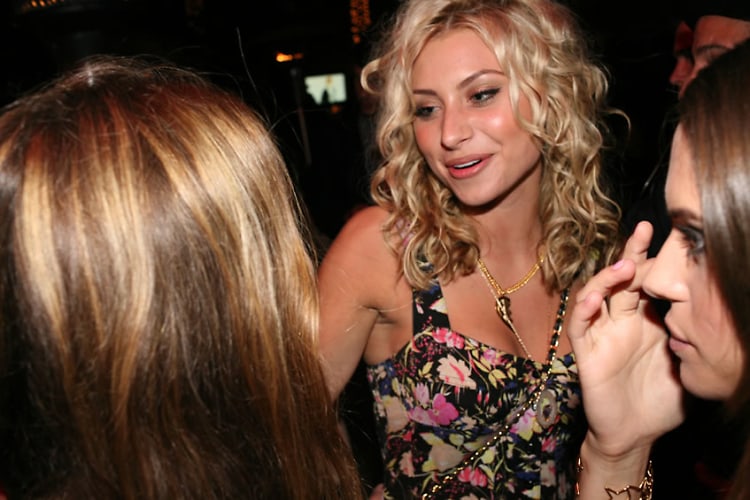 Is that Aly Michalka? We're not sure, but she's definitely starring in Legally Blonde. 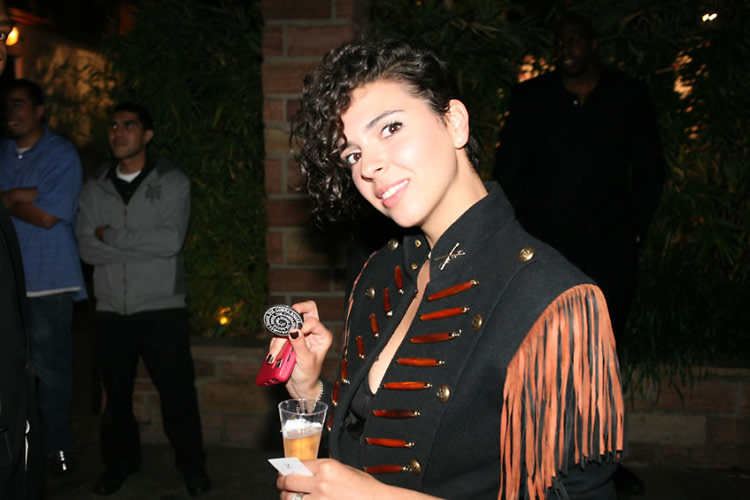 This is It, the Michael Jackson documentary. Or else a flick Marisa Tomei did in the early 90s. 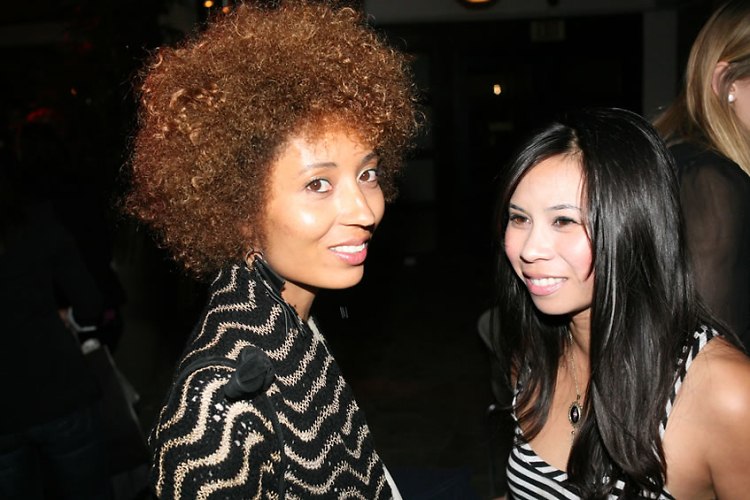 They look happy and well-adjusted, so an explosion or shattering revelation is probably coming up. 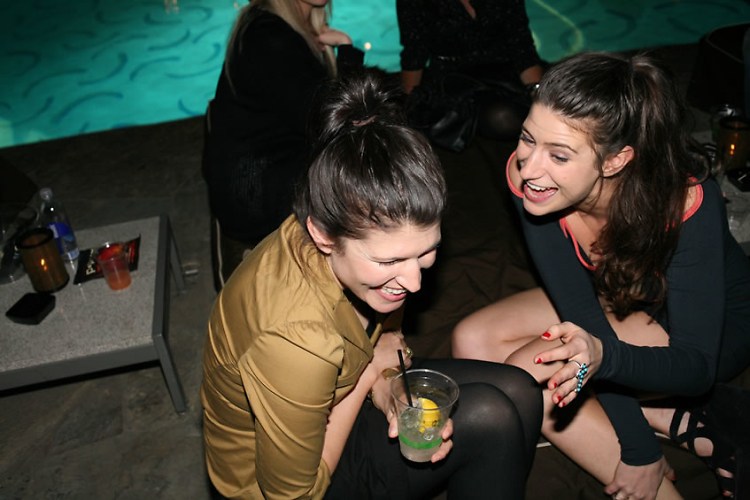 They're not laughing. They're grimacing in pain. Because they're both Anne Hathaway in The Devil Wears Prada and Meryl Streep was just like, "You're useless! I want to drown you in this latte cup!" And the Anne Hathaways were like, "We're really trying, you can tell from our doe eyes and very visible ears." 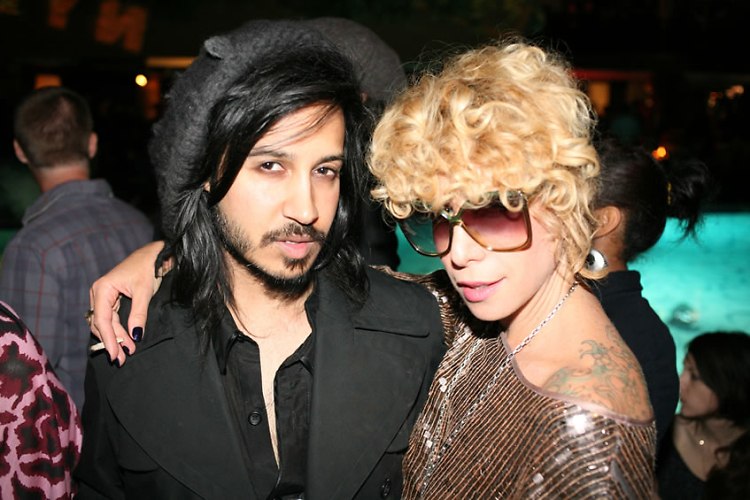 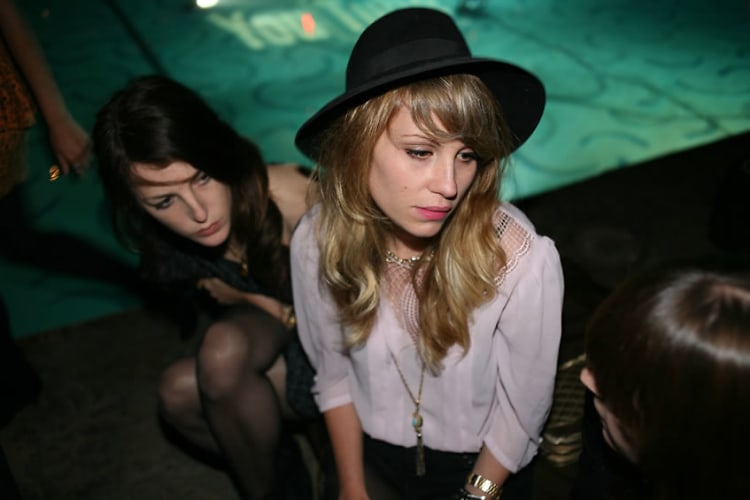 I think these are the jaded young adolescents at the beginning of Thirteen. This isn't going to end well. 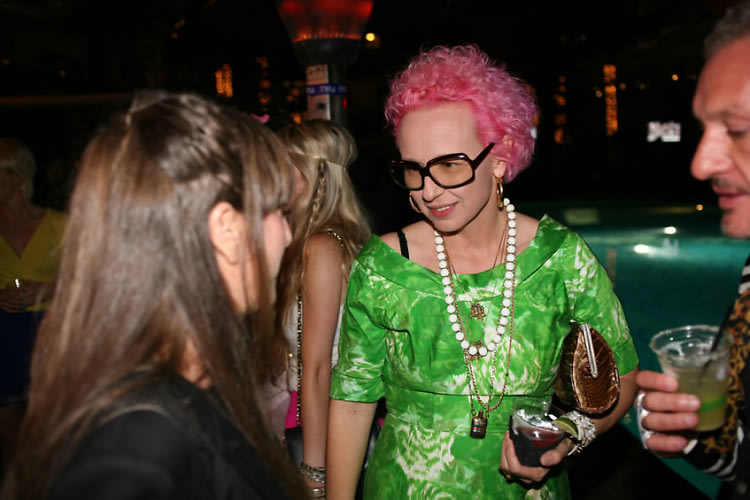 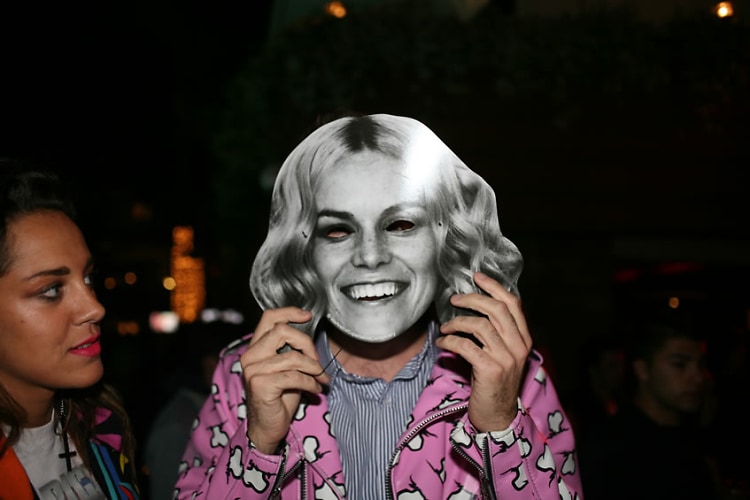 Oh frarg, it's Invasion of the Body Snatchers. And/or Nicole Kidman acting post-all the face work. 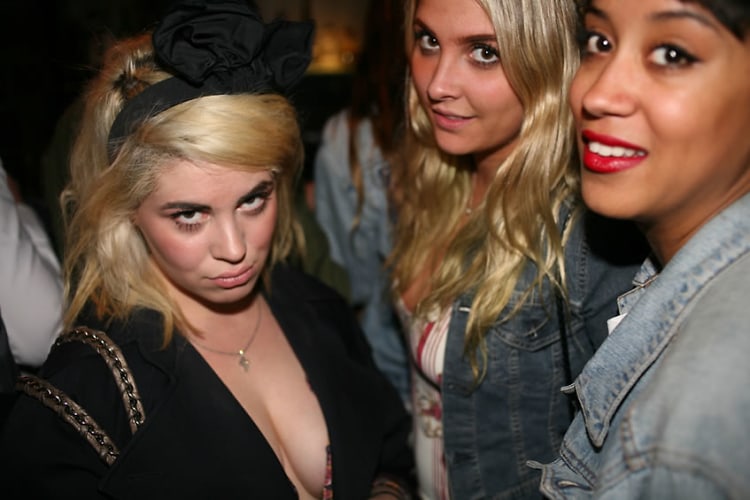 Sex and the City. Imagine the photographer as Mr. Big. 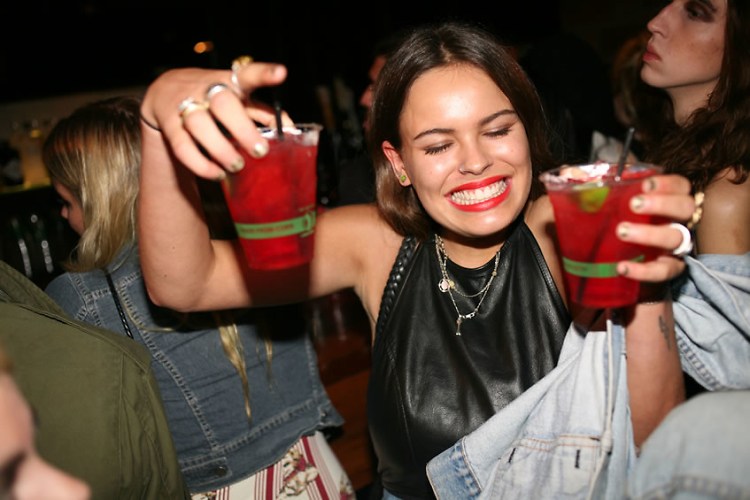 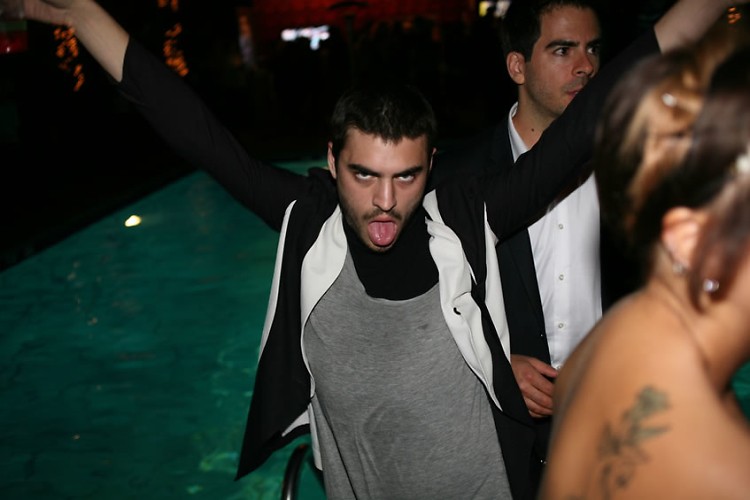 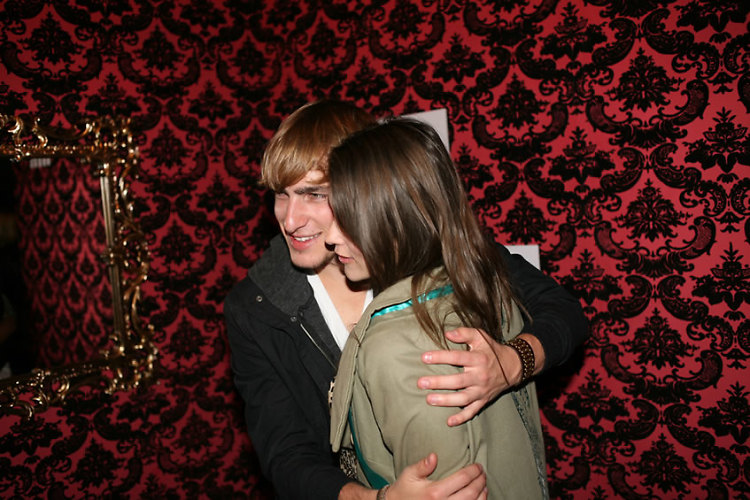 Every depressing love story filmed in the 1970s. One of them is going to die. 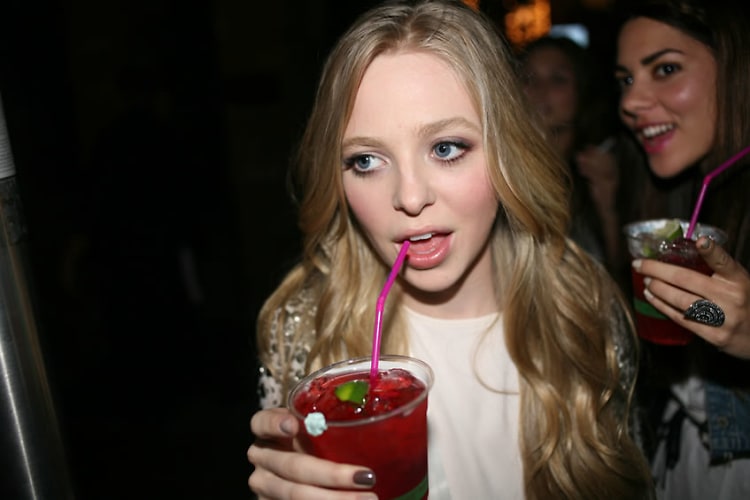 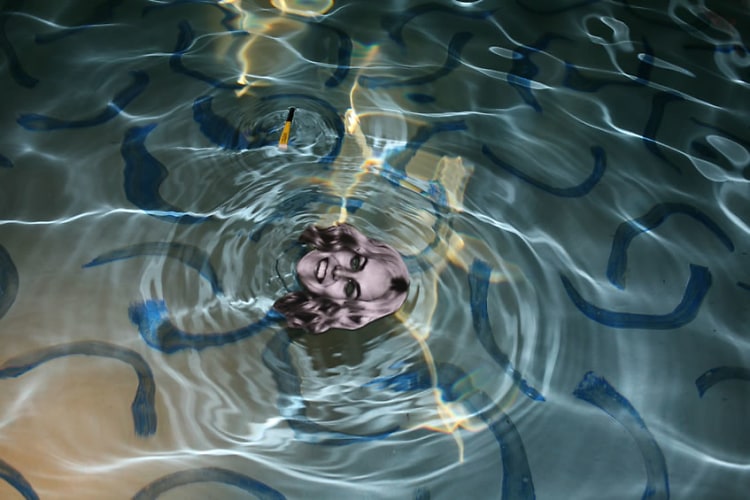 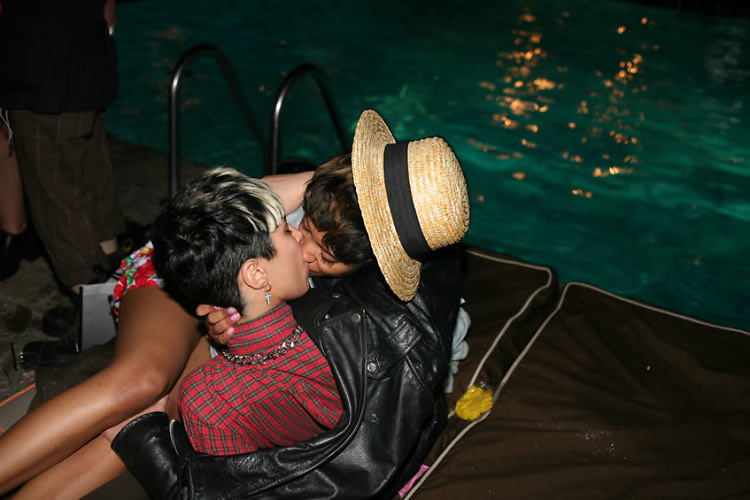 From Here to Eternity. The costume designer's going to catch a lot of flack for that hat choice, though.

[All photos courtesy of The Cobra-Snake.]