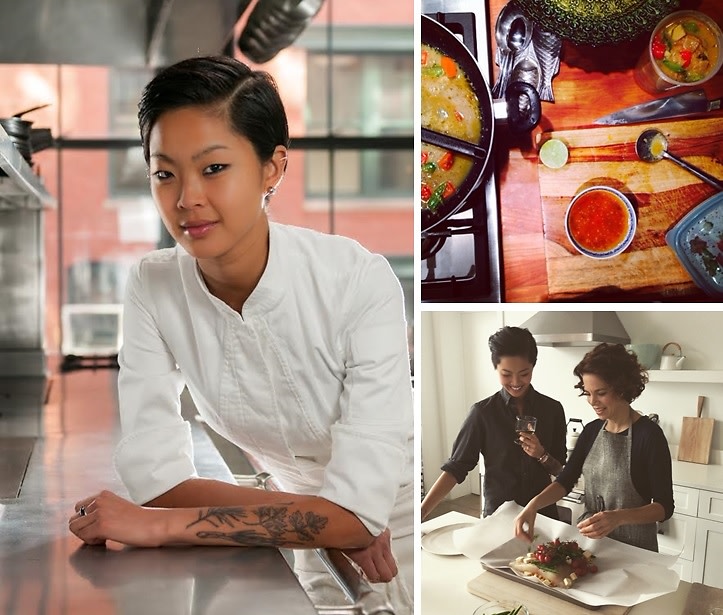 After dominating Bravo’s Top Chef competition in 2012, where she became the second female in 10 seasons to win the title, Seoul-born Kristen Kish has proven herself beyond the reaches of reality TV. Since the show, she has worked as the chef de cuisine at Menton, a star on Boston’s restaurant map, and has quickly become a culinary icon both for her striking drive, beauty and celebrated gastronomic talents. "I have felt discrimination, there is discrimination and snap judgments in kitchens, just like in most industries," Kristen told us. "You get over it pretty quickly and move on, once you've proven yourself."

In 2014, Kish shook things up, leaving the Menton kitchen, came out via Instagram, and lit up the screen once again in Top Chef Duals. The tattoo-collecting Kish is altering the public perception of what it means to be a chef, asserting herself inside and out of the kitchen. Cool and compelling on the latest issue of female-driven food magazine Cherry Bombe, Kish appears to be balancing public interest right where it should be; right in the palm of her hand.