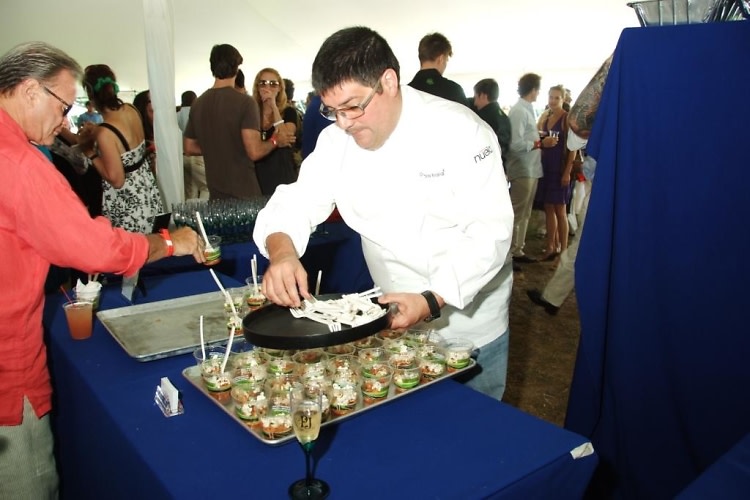 Although urban legend has it that the bevy of Hamptons/Manhattan socials who attend Bridgehampton Polo don’t really eat (which is how they look as good as they do), such was not the case last Saturday. James Beard Award Nominee, Chef Doug Rodriguez prepared a delectable spread of food to “snack on” throughout the matches and I observed some notables going back for 3rds and 4ths! Game 5 of Polo was appropriately sponsored by Perrier-Jouët, which certainly helped to wash down the gourmet grub.

The crowd was impeccable on Saturday and I got a chance to catch up with Nascar’s Tim George Jr, trade fashion tips with Katrina Peebles, and muse over weekend plans with Social Life’s Devorah Rose. Then there was Teddy John, Brianna Swanson, Becca Marcus, Emily Brill, Ariel Moses, Stephanie Wei, Adriel Reboh, Clint Spaulding, Tamie Peters Thomas, Rich Thomas and on and on and on…I walked by David Lauren and Lauren Bush and wished they’d call me over to say hi (they would actually have to know me to do that); all while managing to keep a safe distance from Michael Lohan – this year’s unofficial Polo Mascot (as deemed by me).

So what, would you ask, does Douglas Rodriguez have in common with the Polo? None other than famed Polo Player Nacho Figueras of course. The two have come together for the first time to create Nuela, Manhattan’s preeminent Latin American restaurant opening in the Flatiron District this fall. Saturday’s food display was a foreshadowing of what is to come as far as signature menu items and a glance at the Nuela team. Who’s on that team? Fashion designer Angel Sanchez and interior designer Christopher Coleman to name a couple!