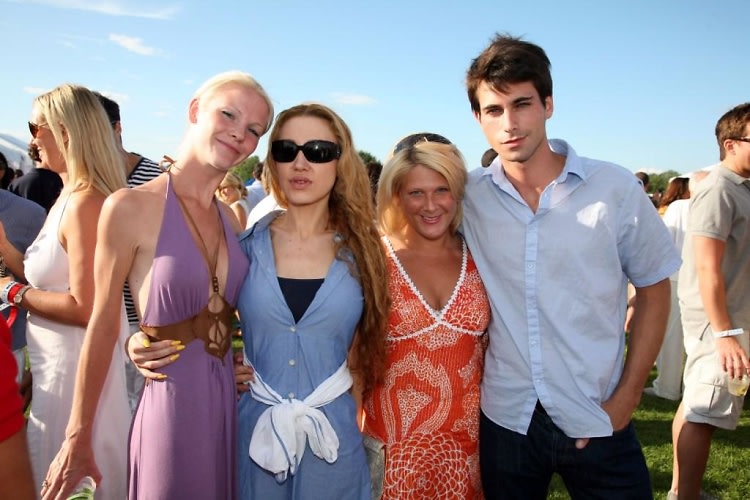 This week's polo match turned into the usually social gathering, which overshadowed the game itself.  The grounds were too wet to conduct the proper match, but this didn't stop Nacho Figueras, the handsome player, from modeling the newest Olympic Ralph Lauren Sportswear that GofG got the exclusive on. Katie Lee Joel was busy chatting up the likes of the VIP people in the tents about her new cook book.  She was heard saying, "Cooking is the way to catch any man." Well, she surely knows!

Then Beth Ostrosky, the fiance of Howard Stern was caught outside the tent being photographed alongside Ali Lohan, who seemed content chatting it up with actress Rachel Heller. Rachel was complimenting her music and reality show "Living Lohan".  Dina was busy being friendly to other guests and taking care of her younger son, who found his new T Mobile Sidekick VERY entertaining.

The most exciting part of the afternoon seemed to be the newest Coca Cola bottle which was being given out.  Todd Rome was there with his soon to be wife.  While Patrick McMullan was photographing, everyone was asking where his adorable son Liam had gone.  Let's hope next week there'll be some polo to watch!

[A First Look At The Olympic Gear By Ralph Lauren]