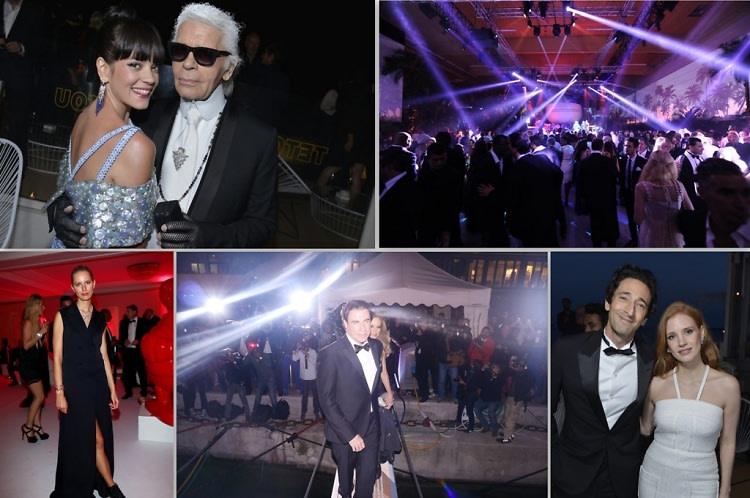 The 2014 Cannes Film Festival finished strong last week with another round of amazing events. Following a week of parties like the Bungalow 8 pop-up attended by Justin Bieber and Giorgio Armani's celebratory party, A-listers like Cara Delevingne, Karl Lagerfeld, and Jessica Chastain descended upon the festivities. From the glitzy amFAR Gala after-party to a yacht party with Robert Cavalli, here are the best parties from week 2 of the 2014 Cannes Film Festival!