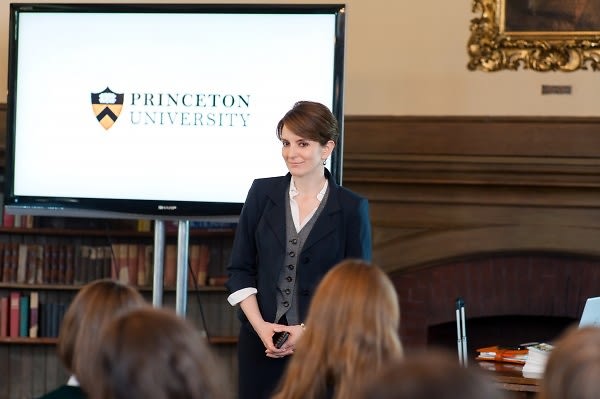 We think that humor is one of the best antidotes for stress, which is why we spent many a college midterm season checking out on-campus comedy. And given that some of today's top-notch television talents come from top-notch classrooms, our always-on-cue classmate could very well be the next Mindy Kaling. In the spirit of midterm season and in advance of Tina Fey and Paul Rudd's new film Admission (in which Fey plays a Princeton admissions rep), we've rounded up comediennes with Ivy League degrees.

From SNL's Kate McKinnon to The Office's Ellie Kemper, check out these super smart comediennes (wearing their school colors)!