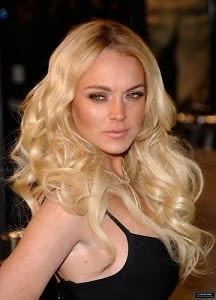 As the world has its eyes glued on every move that Lindsay Lohan makes, so does Twitter. Someone apparently made a fake "Lilo in jail" Twitter account. Who cares if it's fake; these tweets are just too good to pass up...

Supposedly Samantha Ronson helped her hide her cell phone so that she could sneak it into jail and tweet from it. These tweets might just be better than the real Lilo's daily words of wisdom. Here are a few of the funniest tweets from @LindsayInJail...

@LindsayInJail Whoever sent me this Lizzie McGuire night light can go eff themselves.

@LindsayInJail Ugh the only reason dad came to visit me was to spoil Inception.

@LindsayInJail Got my meds this AM. Having this much adderall in jail is like getting a $10,000 gift card to Lane Bryant.

@LindsayInJail How am I behind bars but @britneyspears hair stylist is a free man? http://twitpic.com/27em76

@LindsayInJail FML the pink jumpsuit that Ali smuggled me just got confiscated. Don't they understand?? On wedsnesdays we wear pink!!

And now for the REAL Lilo tweets, which are just as hilarious, in a purely unintentional way...

@lindsaylohan A waitress just hit me - punched me for no reason

Which do you prefer, Real Lindsay or Fake Lindsay? We're just glad we live in a world where we don't have to decide...