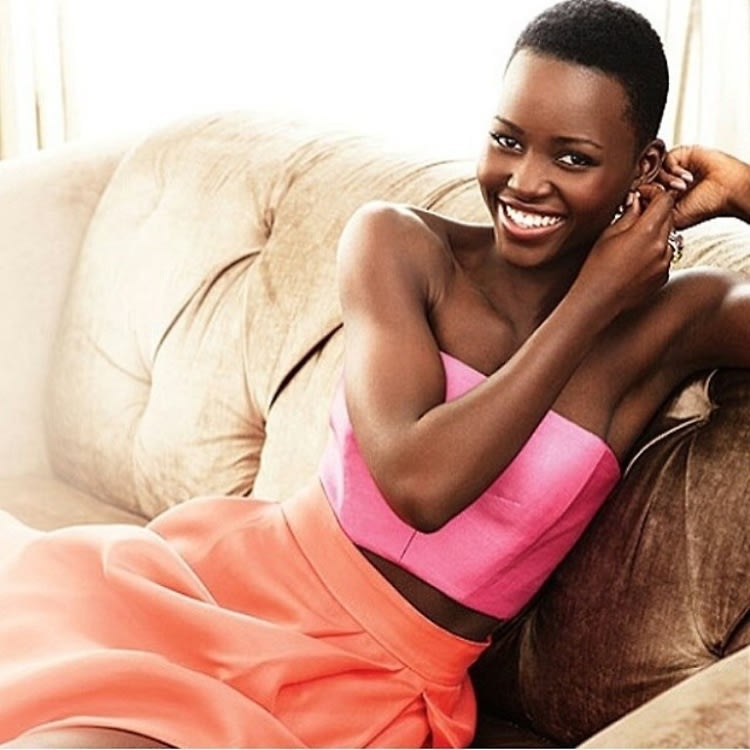 One hundred years from now, 2014 is going to be labeled in the history books as the "Year of Lupita Nyong'o." With her whirlwind Oscar win, total red carpet ownage, and a new contract with Lancome Paris, today's announcement that the 12 Years a Slave actress was named People's "Most Beautiful" person probably doesn't come as a surprise. The Mexico-born, Kenya-raised Yale grad considered the cover moment "exciting and just a major, major compliment," and said she "was happy for all the girls who would see [her] on [it] and feel a little more seen." Always armed with a stunning smile, air of elegance, and a bold sense of style, Lupita has kept us on fashion watch ever since she swooped onto the Hollywood scene and while we're sure she'll have plenty more iconic moments throughout her career, we're reliving our favorite looks of her's this year.