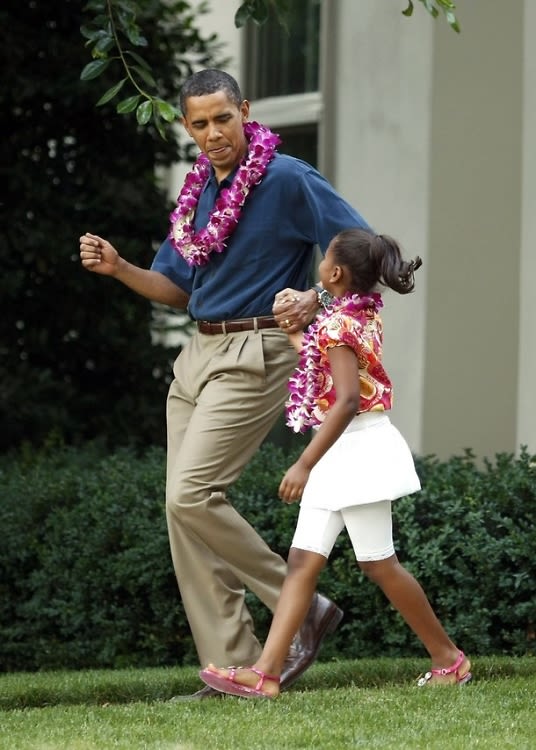 Barack Obama is the 44th President of the United States. He is originally from Hawaii and most recently lived in Chicago where he was a lawyer, professor and senator. He is the first African American president and is a democrat. He is married to Michelle Obama and they have two daughters together as well as a dog, Bo Obama. He attended Harvard and Columbia Universities.

The Most Iconic Couples Ever Talk Love | Tuesday February 14, 2017

Eavesdropping In: Woman Finds Cocaine In Her Tampons; George Clooney Oba... | Friday May 4, 2012

Obama Grabs A St Patty's Pint At The Dubliner With His Irish Cousin | Monday March 19, 2012