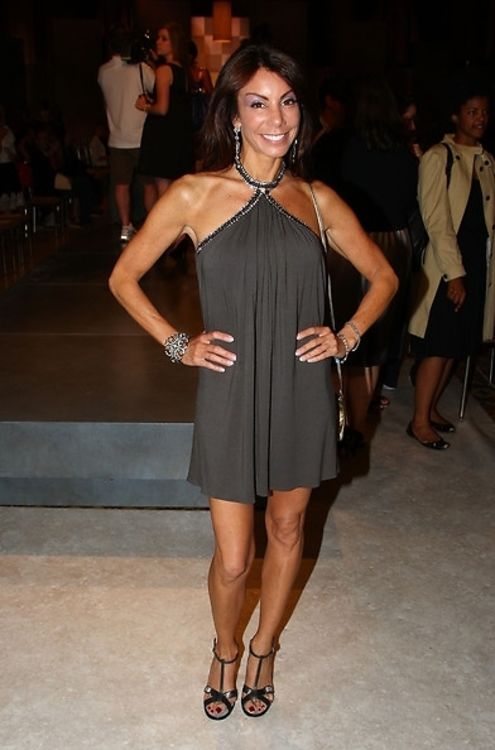 Danielle Staub born as Beverly Ann Merill on August 10, 1962, is a single mother of two living in Wayne, NJ. She is a mother, author, charity supporter and business woman. Danielle takes pride in caring for her two daughters, Christine and Jillian. The girls are very accomplished young woman, the eldest, Christine signed with IMG Models.

She released a memoir, The Naked Truth in May of 2010. She supports various charities including the Cystic Fibrosis Foundation. She is in the works of releasing her own fitness and nutrition video.

Danielle had a rocky past, formerly married to Kevin Maher, she was charged with extortion, cocaine possession and narcotics conspiracy among other felonies in 1986. She has also admitted to working as a paid escort and having severe drug problems. She also recently has gotten press for allegedly releasing a sex tape of herself.

Danielle is perhaps most known for her role on The Real Housewives of New Jersey. She was the only stranger to star on the show, as the rest of the housewives were connected to one another by family relations. Caroline Manzo and her family were not very fond of Danielle from the beginning. Caroline's sister and former housewife, Dina Manzo, even blamed her leaving the show on Danielle. It has also recently been reported that Danielle and Jill Zarin from The Real Housewives of New York City are new BFFs. Her famous line from the show, "You're either gonna love me or hate me, there is no in between with me." The show is currently in its second season.