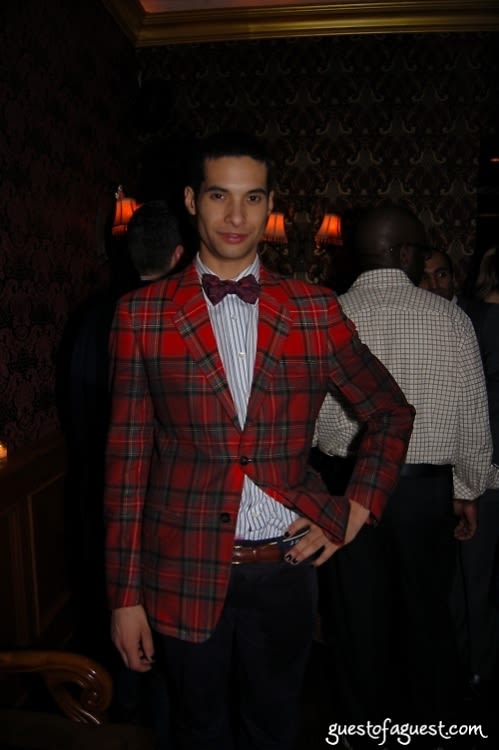 Paul Johnson Calderon is a New York City socialite. On GofG\'s radar for years, his name was splattered all over the gossip lines after we broke a story of him stealing a purse from The Eldridge.  From that point on Paul has been mentioned in Page Six, The Village Voice, The New York Observer, and Gawker.

Growing up, Paul lived in California, Massachusets, and Maine. He attended the private prep school Deerfield Academy, where he graduated in 2003.

Paul is starring with his best friend, Jules Kirby, on The CW\'s High Society. He is continuing his education at Sarah Lawrence College, acting as a freelance stylist and is constantly between Maine and New York. In his spare time he is a guest blogger and columnist for Paper.

Rubix Kube With Rob Affuso of Skid Rowe and Rob Base | Friday March 1, 2013

"Up In The Air" Big Winner At Last Night's National Board Award Awards Gala | Wednesday January 13, 2010

Scott and Naeem at Rayban and Ferragamo | Thursday December 11, 2008