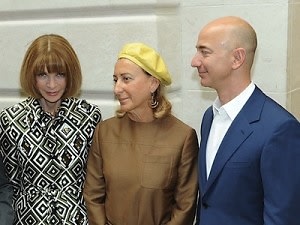 Amazon.com is the world's largest internet retailer, selling everything from books and DVDs to shoes, home goods, and electronic goods. And though the breadth and quantity of their items (and their free shipping and free returns policy) makes them the ones to beat in the online shopping game, there's one area that Amazon hasn't been able to break into: high-end fashion.

Though Amazon acquired Shopbop.com in 2006, that's the closest the mega-retailer has come to luxury labels. That's all about to change, though, and if Amazon manages to achieve the same level of success that they have in the past, retailers of high end brands are going to struggle to remain relevant in the market.

The decision to expand to higher end brands comes down to money. According to the Times,

So it makes sense to begin selling items that cost more. But before they can make money, Amazon will most likely take a financial hit. In order to start and grow their high-end clothing market, Amazon is currently shooting 30,000 fashion images daily in a photo studio, and in addition to the money it costs to take the photos, the company's free shipping policy is already causing them to lose hundreds of millions of dollars annually. But everything at Amazon is done for a reason, and though free shipping may cost them, it keeps customers coming back.

As Amazon shifts their focus to signing high-end brands (most recently Michael Kors, Vivienne Westwood, Catherine Malandrino, and Jack Spade), they're simultaneously looking for other ways to break into the luxury market.

If Amazon's new endeavor is ever going to work, they may need to bring someone more fashion forward on board. Amazon's chief executive, Jeff Bezos, (who was also the the honorary chairman at this year's Met Gala), is so lacking in his fashion sense that he often doesn't know the brands of the clothing he's wearing, and at last night's gala, Anna Wintour gave him a much needed tip -- the reigning Queen of fashion advised Bezos to pair a pocket square with his Tom Ford tux.

Though he may not know much about style, he knows enough to listen to Anna Wintour. 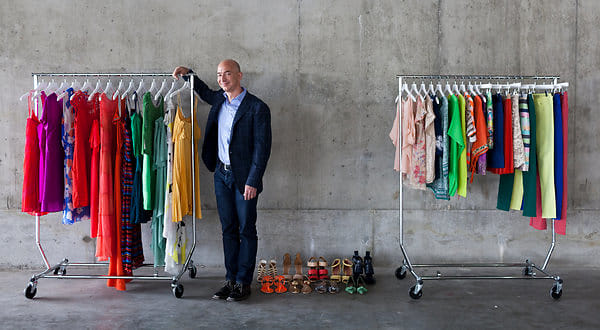