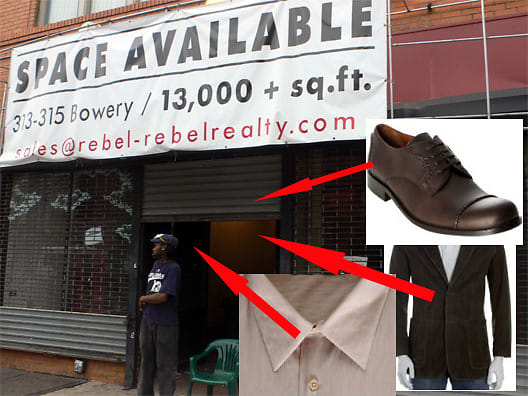 Today the Post confirmed the rumors swirling around town about the legendary music club CBGB, which met it's fateful end recently. John Varvartos will officially be moving into the space this Spring. Apparently Varvatos himself has been a long time fan of musicians and the rock scene. Alice Cooper is even the face of his latest ad campaign. Maybe it's not SO bad. I mean with a Chase opened next door and a Starbucks down the street, the street isn't exactly like it used to be anyway. Racked had their money on the space being another Duane Reade. We'll take Varvatos over THAT. Others are not as tolerable of the ever-morphing neighborhood (from the Post):

Musician Bill Popp, who played CBGB from 1981 until its closing last year, mourned the Bowery's turn for the purse. "Now it's going to become a contrived type of store, with prices only for the yuppies who are taking over the neighborhood," he lamented.

Yes there ARE a lot of Yuppies around Bill, but maybe John will come up with a new line to fit into the old rock space. Maybe a Rock 'n Roll line? Of course it will be at yuppie-hipster prices, but what else would you expect? CBGB wasn't exactly selling $5 tickets or giving out free t-shirts last year either.