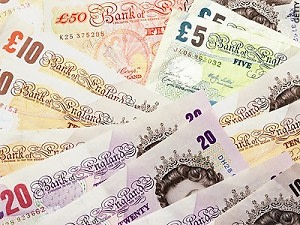 Yesterday, a British millionaire strolled along the streets of London gifting £1,000 to samaritans who looked like they could use the extra cash. On the note they received, all the millionaire asked was that they do something "good" with the money, including donating it, sharing it, etc.

The reason behind this millionaire's, who chooses to be anonymous, donation was because he or she suddenly gained this money and after spending a large amount on a space trip with Virgin Galactic, the millionaire realized this money could make a difference in so many people's lives. Therefore, the trip was cancelled and instead the project, Wearelucky. Since 2011, the millionaire has been progressively giving away the money in £1,000 chunks. When discussing a recipient's reaction the website states,

"People naturally assume there's a catch but there are no conditions or obligations other than to do 'good' with the money. I think it's important that the definition of that remains entirely subjective. I'm still concerned about how Wearelucky is perceived but my hopes and intentions for the project are simple. Wearelucky is a sincere documentation of the memorable characters I've encountered, the impact of the money and the remarkable stories collected along the way."

Go HERE to find out more! 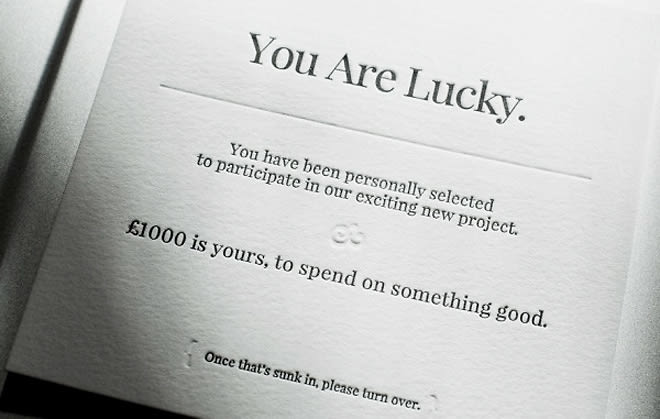