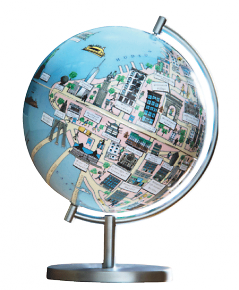 We're used to seeing maps of the entire world, where the cities are so small that we can't really learn anything about them. There's a new kind of globe though, that teaches us key facts and shows us historic sites of each city pictured.

Pylones' City Globes feature just one city each, allowing us to view details that we could never see on a typical globe. Available in 4", 6" and 9", the globes are painted with landmarks, buildings, and other important sites. Whether you want a better view of the city you live in or a city you've always wanted to visit, Pylones makes a  globe for everyone. Each globe also comes with a 16 page booklet about the city.

The NYC globe features a drawing of the Empire State Building, the Statue of Liberty, and the city's many bridges; the Vegas globe shows the city's infamous strip; the Paris globe is divided by the Seine river and shows details of Paris' left and right banks.

Travel your favorite city with one spin of the globe, and click HERE to buy! 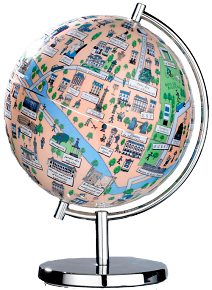 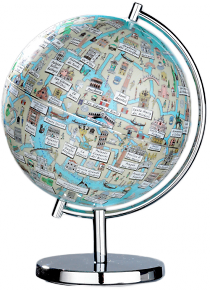