Did you know that 1 out of every 100 people walking around are believed to be psychopaths? Jon Ronson, the journalist who brought you 'The Men Who Stare At Goats', has people talking with his latest hit The Psychopath Test.

"Jon Ronson is contacted by a leading neurologist. She and several colleagues have recently received a cryptically puzzling book in the mail, and Jon is challenged to solve the mystery behind it. As he searches for the answer, Jon soon finds himself, unexpectedly, on an utterly compelling and often unbelievable adventure into the world of madness." [via]

Jon gains knowledge from the influential psychologist who developed the industry standard Psychopath Test. He sets off to meet with an inmate at Broadmoor Hospital for the criminally insane, who claims to have faked insanity to escape prison time, a death-squad leader (who is institutionalized for mortgage fraud) and a famous CEO whose psychopathy has been questioned in the press. With his gained knowledge, famed sense of humor and outrageous journey you will not only avoid boredom with this read, but it will certainly get you thinking.

The Daily Show With Jon Stewart

Want to know if you are the 1 in 100 psychos walking around? You can take the test, in the book! Don't worry if you are though, it is believed that the most successful people are actually psychopaths! 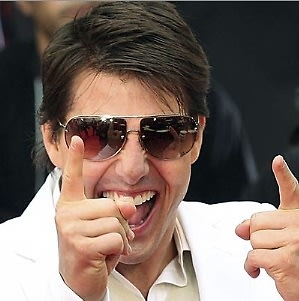 hmm... that explains a few things [photo via]