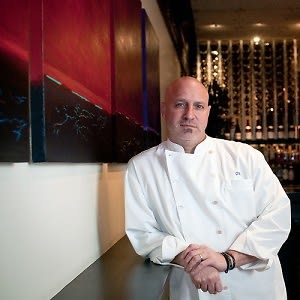 Tom Colicchio, the celebrity chef behind Craft restaurants and Colicchio & Sons, is expanding his empire by opening a hotel in Bridgehampton later this summer.

Colicchio, who is the head judge on the reality show Top Chef, will open the hotel, Topping Rose House, along with general manager Jeff Morgan. Morgan is an experienced luxury hotelier and will be able to provide Colicchio with the guidance he may need as he expands into this new industry.

According to Crains, the 22-room inn, which was built in the 1880's, also features a one-acre farm that the hotel will use to grow produce.

Though Colicchio has little experience with hotels, he told Crains that he's planning on being involved in the entire process:

"When the owners approached us to do the food, we said we wouldn't do it unless we were running the entire operation...We were involved in choosing everything, including the colors."

Though there's no word on when exactly the hotel will open, with Colicchio behind it it's sure to be a success.