According to Examiner, the reality star announced on Tuesday that she is officially launching her very own app, complete with tips and quizzes on etiquette and manners, memorable quotes, and a feature that allows you to "Ask the Countess" your pressing questions on how to be high society and receive answers. She's not the first reality star to move on to mobile apps (Kim Kardashian has something similar) but the first Real Housewife to tackle this business venture. 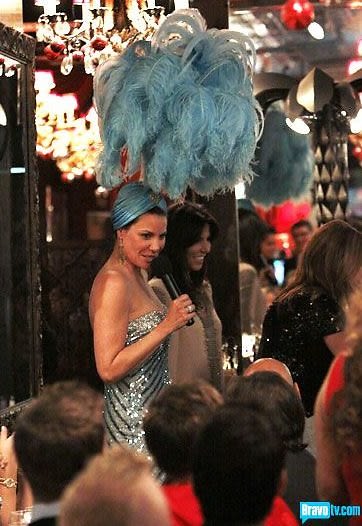 In a statement, Reach Messaging CEO Shane Gau had to say about this new endeavor for de Lesseps:

“We are very excited to launch Countess LuAnn’s mobile app. She is truly a modern female icon and idol in America and internationally as she possesses several talents such as singing, writing, commentating and providing expert lifestyle advice. This represents our first true TV celebrity mobile application which is also our first mobile app to feature soundbites and we anticipate a tremendous amount of downloads due to Countess LuAnn’s huge and diverse fan base all over the world and the quality features of this mobile app.”

I mean, we all want to be like the Countess, don't we? I think this app will eventually have a feature on how to make Alex McCord angry and a how to pull off impressive drag queen-esque head gear.