The stars of Harry Potter have grown up within the franchise over the past ten years, from first being cast at the ages of 11-13 in Harry Potter and the Sorcerer's Stone and now ending in their 20's with Harry Potter and the Deathly Hallows Part 2. What do they have coming up next and what does the future hold for Daniel Radcliffe, Emma Watson, Rupert Grint, Matt Lewis, and Tom Felton?

He's also gone right from Potter back to the stage in How To Succeed In Business Without Really Trying, thus earning him cred in the industry as a someone who is real about their craft. It's a move many employ, but still being so young, it gives him even more credence as a "real" actor.

He gets bonus points for lack of scandal. He's rarely photographed by paps, hasn't been dating tons of women, has committed no major crimes or been involved in any serious accidents, and keeps a low profile. Sure he just fessed up to British GQ about drinking a bit too much, but it's not like we ever saw him on the side of a ditch. Maybe he did have more of a problem than your average 18 year-old, but he's quit drinking.

Daniel Radcliffe could be the next Hugh Jackman/Matthew Broderick, a song and dance stage man who frequently takes breaks to do large blockbustery films. We think he'll manage to maintain his squeaky clean image.  We wouldn't be surprised if he comes out of the closet quietly and in a way that doesn't create many headlines. He was always too nice, too well dressed, too good at everything to be straight. PLus, really, where are all the women?  Maybe he'll go onto adopt children and drop out of acting, thus sustaining his ability to maintain the sort of reputation that would make even Tom Hanks jealous. 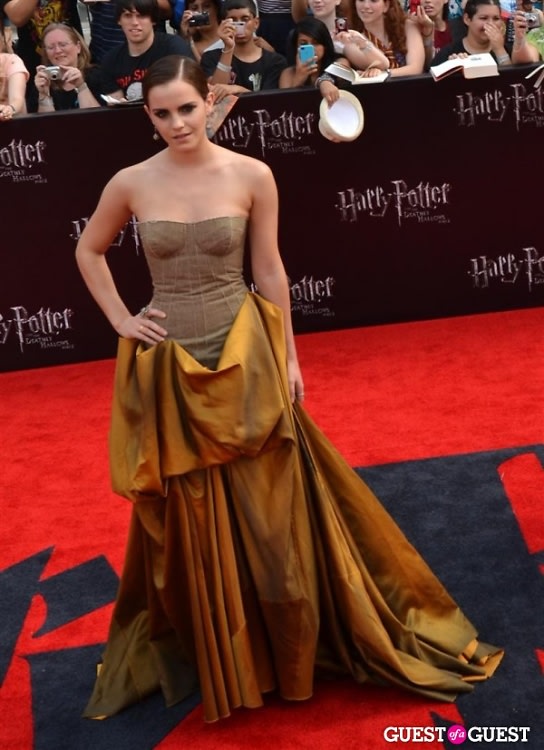 What She's Up To: Emma has The Perks Of Being A Wallflower coming out next year, but has also made statements about the pressure of being in Potter that make people think she may take some time off:

"I have spent more of my life being someone else than I have being myself," the actress told the UK Newspaper The Daily Mirror in an interview at the premiere of "Harry Potter and the Deathly Hallows Part 2. "Not a single second of the day was in my power," she added. "I was told what time I'd get picked up, what time I could eat and when I could go to the bathroom."

She was enrolled in Brown, and is rumored to have dropped out due to bullying, which she denies. "I wasn't going to wuss out of university because someone said 'Wingardium leviosa' to me in a corridor, or 'Ten points for Gryffindor," she told LA Times. She announced earlier this week that she'll be going to Oxford for a year and then plans on returning to Brown.

She has been on plenty of magazine covers lately and already has those in the fashion press referring to her as an icon.

It's always harder for women than men. One day you are cute as a button running around in pigtails and the next everyone you work with wants to put you in a highly sexualized magazine shoot with your breasts out. You have the pressure to be thin and not have cellulite and not have a hair out of place while grocery shopping. Being named "fashion icon," this early is pretty intense pressure for someone barley in their 20's.

Emma has been spotted out drinking, she's dated guys in bands, and she seems to have a wild streak. Pretty and young, there is no doubt she likes to party but the question will be if she can keep her head together or if so many people will be throwing things her way, she'll have problems. Without the Potter franchise anchoring her, she could have mega problems. Lindsay Lohan anyone? 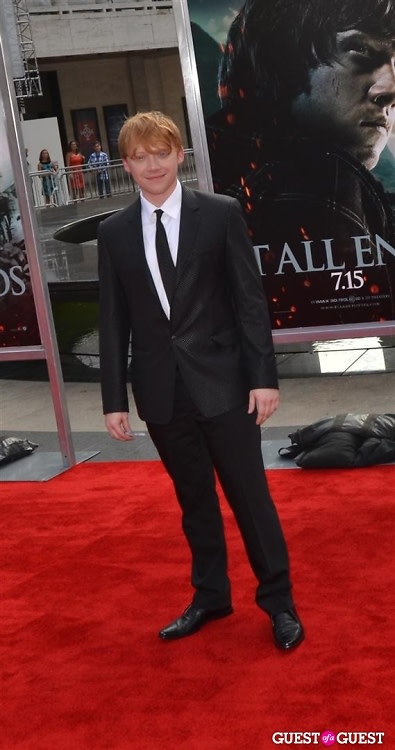 What He's Up To Next: Rupert will next be seen in the film, "Comrade", which hits theaters in 2012. He signed on for three other films, so he could be the break out star. The directors and cast mates have all named him as the one with the real acting chops.

Ten Year Prediction: I hate to say it and I don't think it's some sort of Danny Bondaduce red headed curse, but out of all the stars Rupert seems the most likely to go off the rails. Let's take a look at the warning signs:

He's the least good looking of the cast. Even Daniel Radcliffe has got nerd attraction, but Rupert, despite having ladies grow up with him, is not standardly attractive (feel free to bitch me out in the comments)

He thought about getting a tattoo at the end of Potter.

He has a crush on Juliette Lewis.

Seems to not know how to handle money. He owns an ice cream van, two mini donkeys, and a menagerie that contains miniature pigs, hedgehogs and llamas, a coin-operated fairground fortune-telling machine, and a hovercraft. he even said:

"I do, kind of, spend a lot. And just on stupid things. Because I don't really know what to do. What are you supposed to do? Um. It just seems like way too much. We don't deserve it, at all, for what we do."

What He's Up To Next: You haven't seen the last of young Draco Malfoy. His next role is besides James Franco in Rise of the Planet of the Apes.  He's also been talking about making a career out of grime rap. He actually does sings and he's not terrible. There is a rap mixed in here, so it's possible this is not a joke.

Ten Year Prediction: He has some major fans in the comic book set and he's cute. He could do well in movies, though the rap career seems like a less solid thing to pursue. But after meeting James Franco on his next movie, maybe he'll take it up as "performance art." 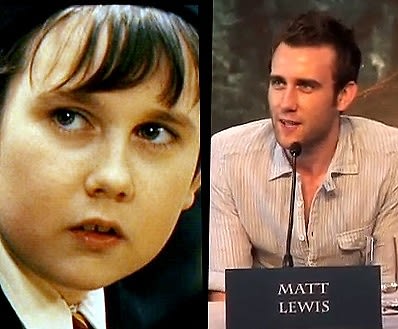 What He's Up To Next: Neville Long...um, what?!?!? The pudgy young boy grew up and got hot. He doesn't seem to have any immediate plans saying, "I've been doing theater for the past six months and I feel that I've learn a tremendous amount with that and I'd like to continue acting if possible. But immediately next, I'm going to watch the film, go to a party and get drunk."

Ten Year Prediction: Expect big things in America based on the fact that he's non-threateningly cute and has a British accent. Also, he likes to drink and we like our boys bad. How adorbs is this video? Someone sign him on for some schmaltzy romcom about friends who decide to have sex and end up falling in love, or something.