Sounds like Kim Cattrall needs to chill - the star's neighbors in The Springs say that Cattrall got right up into an 80-year-old male neighbors face and started screaming after accusing him and his wife of trespassing.

So here is how the story goes - apparently,  Cattrall is having work done on her driveway, and the the construction is continuing passed 7 p.m. The noise is annoying her neighbors, and so on Saturday, the elderly couple approached her home to ask contractors to stop (assuming Kim was not home). This is when it gets good; Kim went storming out of her house, and supposedly started screaming at the couple to get off her property. Although the couple did get off, Kim went felt the need to call the cops. According to The New York Post,

A police report -- for which Cattrall gave her ex-husband's last name, Levinson -- shows she didn't press charges, but insisted on a paper trail so her neighbors would be arrested if they set foot on her land again. [via]

There are two sides to every story, and a friend of Cattrall said,

This wasn't the first time the "nosy couple had come onto Kim's property to snoop around," and, "the only way Kim felt she could make her point was to call the cops." [via]

Even so Kimmy, there was no reason to make a scene or scare these people. You could have just calmly confronted them, or quietly called the cops and proved your point (if you really felt the need to bring it there). Besides, I'd think after that disaster of a movie Sex And The City 2 was you'd be happy you're still relevant in the eyes of your peers older fans. Go have some "I Can't Believe It's Not Butter," and relax. 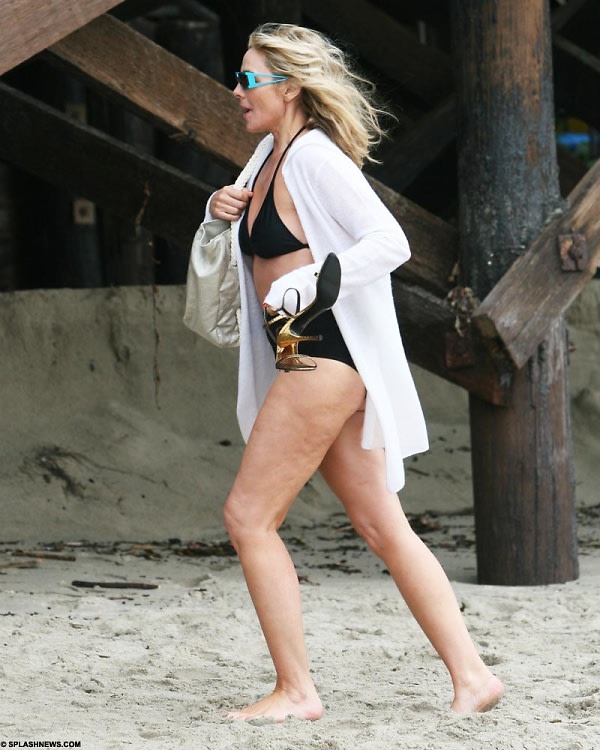 You are the chick from police academy, and apparently you took the role very seriously. [photo via]