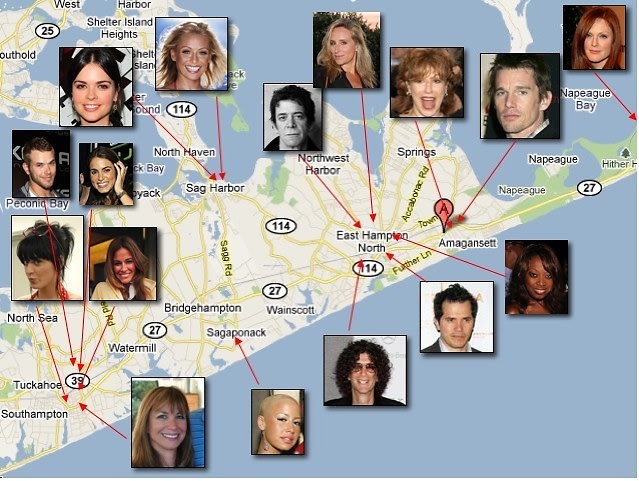 Last weekend it seemed like everyone and their mom made their way out to the east end.  And that "everyone" includes quite a number of celebrities.  Here's where some of our favorite A-listers were seen out and about this weekend.

Katy Perry and Russell Brand stop at Biba Boutique to ask for directions, extend their stay for Katy to peruse the merchandise.

Kellan Lutz and Nikki Reed of the Twilight Saga were seen dancing (and dj-ing?) at the AXE Lounge.

Amber Rose, star of the new Russell Simmons comedy show, picked up food for the crew for a shot at the Townline BBQ.

On Saturday night, John Leguizamo and a few friends dined at Serafina in East Hampton.

Howard Stern spotted twice this weekend at Nick & Toni's, once for a quiet dinner with wife Beth, the other with Richie Notar and his wife.

Indian Wells Tavern saw a star-studded weekend, with multiple stops from Ethan Hawke, and both Joy Behar from The View and Mike Tiabbi from NBC stopping by for a 4th of July brunch.

Julianne Moore was spotted out and about at multiple locations in Montauk this weekend.