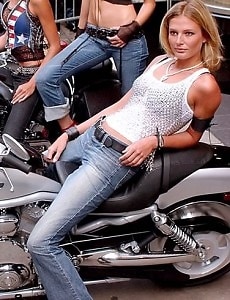 It's not even Memorial Day but all the celeb stalkers are already setting their targets for the summer. We've already told you about Alec Baldwin's Hamptons stalker, and the guy who broke into Diddy's East Hampton mansion because he "wanted a good nights sleep," but in the latest Hamptons celebrity stalker news is Victoria's Secret model Bridget Hall, who has a fan so dedicated (or desperate) that he's willing to take the Jitney out East just to be with her.

According to the Post, the stalker sent Hall four long letters between October 2011 and March 2011, and he even wrote that he'd be taking the Jitney out to the Hamptons so they could spend the summer together.

Hall wasn't as interested in a summer romance, though, and she called the police when she learned of her stalker's plan.