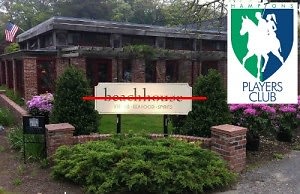 The Hamptons are finally getting on the beer garden bandwagon! Just days after we learned that Zum Schneider will be opening a Montauk location this summer, Curbed now reports that another beer garden will be coming to East Hampton, and it will be open by Memorial Day weekend!

To be called The Hamptons Players Club, the beer garden will be located in the ill-fated space that was once JL East, 103 Prime, and Beach House, at 103 Montauk Highway, and will also include an American restaurant in addition to the 15,000 square foot beer garden.

East Hampton could certainly use a beer garden (or two), so let's hope that The Hamptons Players Club is more successful than the restaurants that came before it.