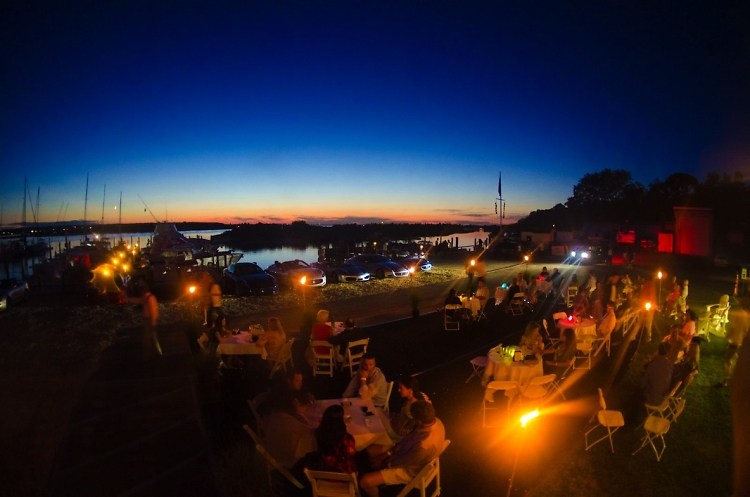 Ferraris in the Hamptons are a pretty common sight, but the spectacle put on this past weekend by Mark Baker, Rich Silver of Andrra Waterside, Ferrari Long Island and The Clamshell foundation was a sight to be seen. Arriving at 6 PM, I was not all that shocked to find the space at Andrra encompasses all the class and elegance you would expect from an East Hampton restaurant. The only thing more beautiful than the space itself is the view of the picturesque marina that it overlooks.

Around 6:30 a distinct rumble could be heard in the distance. A few minutes later a parade of thirty Ferraris lead by Mark Baker began to pull into the parking lot of Andrra, and the sound of the engines was an experience all on it's own. The scene on the marina rivaled any car show I have been to. 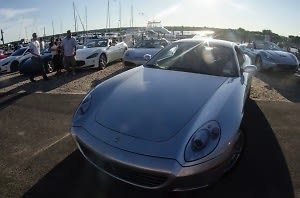 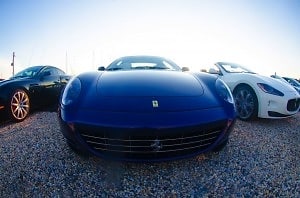 After the crowd finished checking out the cars they settled in for dinner. The menu featured a vast array of fresh seafood dishes. I spotted Real Housewife of New York Jill Zarin at one table and Luciana Gimenez and Lucas Jagger at another.

As people finished their meals they headed out to the seaside lounge for a great fireworks show put together by Grucci and The Clamshell Foundation. As the fireworks reached their finale DJ Lee Kait turned up the tempo on the music and the space turned into a full out nightclub as patrons drank and danced along to the beats. 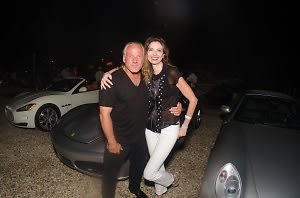 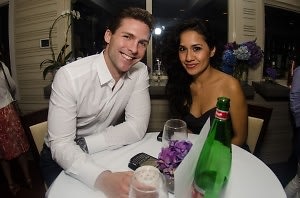 Rich Silver, the owner of Andraa Waterside about the event provided me with some insight behind this event.

“The Clamshell Foundation is a wonderful group of people that support many worthy causes and we were happy to share our beautiful location to show our support for them. Fortunately the weather cooperated, we had a gorgeous sunset and fireworks. This is going to be an annual event. We wanted to introduce our restaurant and lounge to a new group of people. So we brought in people like Mark Baker, Paul Anthony and some others and it really came together beautifully.”

The event was held as a benefit for the Clamshell Foundation an organization that supports projects, people, and programs in the town of East Hampton. 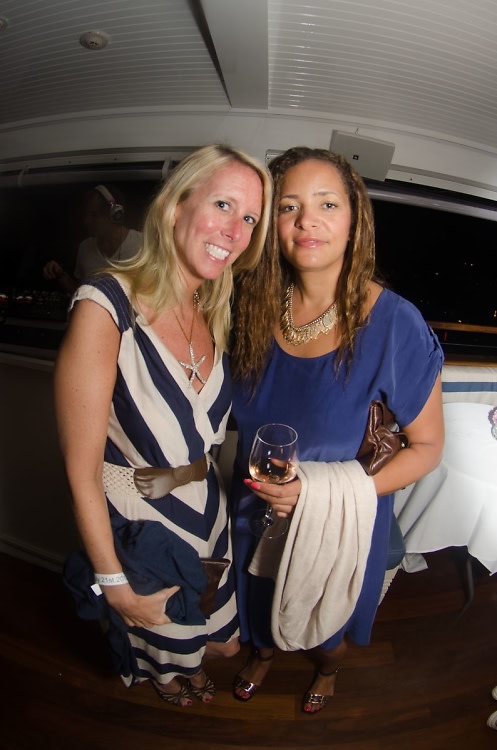 I caught up with Mark Baker and he gushed about how things turned out.

“The essence of the Hamptons is to be outdoors. To be in nature. To enjoy yourself eating, drinking and partying, whether it be by the water or in the countryside. There are very few places in the Hamptons left you can do things out doors. Andraa tonight with the water, fireworks, and the outdoor deck was an incredible night. Fabulous champagne, Ferraris, and beautiful people is exactly what the Hamptons is all about.“

I couldn’t have put it better myself. A spectacular event that captured the essence and spirit of what make the Hamptons such a special place.

Sean is a blogger and nightlife promoter at various venues throughout New York City. Check out more of his articles and stories at www.hautenightlife.com Follow him on twitter @hautenights