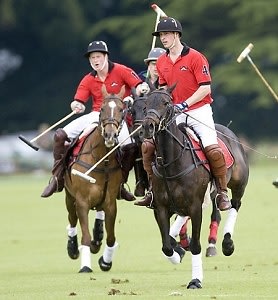 Did you know....that Polo is a Persian game?  Or that Prince Charles met his mistress at a Polo match?  Well, now you do. And there's more where that came from!

For your all your Bridgehampton small-talk needs, here are ten things you didn't know about the Hamptons' favorite sport:

Polo is originally a Persian sport. The first games took place in a few centuries BC.

Prince Charles met his mistress at a Polo match.

Sultan Qutb-ud-din Aibak, the first Muslim Emperor of North India, died accidentally in 1210 playing polo.  He ruled as an emperor for only four years.

Irony at its finest: Calcutta, the poorest city in the world, is home to the world's oldest Polo club.

Polo must be played right-handed.

The horse may be the most popular vehicle, but really any will do (see: Elephant Polo).

Just like volleyball, Beach Polo is gaining fans in Miami, Dubai and recently in the UK as well.

Well there you have it - ten things you didn't know (and probably didn't need to know) about Polo!  We'll see out next Saturday.