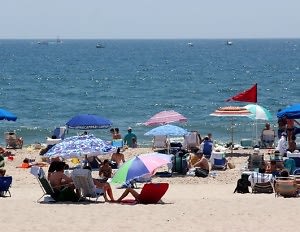 We've given you our picks on where to eat and shop in these last days in the Hamptons...now, from beaches to brunches, here's what you need to see & do before the sunny season comes to a close.

Yes, there are some people who spend weekends in the Hamptons and never quite make it to the beach (Team GofG - guilty as charged). Of course we're familiar with the magnums of alcohol, exclusive parties, and great celebrity spotting so popular in the Hamptons, but let us not forget that the Hamptons are MOST importantly home to some of the best and beautiful beaches in the U.S. If you are one of these people who hasn't stepped foot on a Hamptons beach - please do. NOW.

White sand, waves, dunes, lifeguards, clear water, and plenty of ice pops from the concession stand...this is why Coopers Beach has been voted the Best Beach in America. Quiet on the weekdays, the beach is a popular spot on the weekends, so come early to claim your space in the sand. Also, every Labor Day weekend, the East Hampton Fire Department sponsors fireworks at Main Beach in East Hampton

Freeze Factor: Non-residents pay $40 per day for parking at Coopers Beach...best to take the bikes or park elsewhere if you're not a resident. 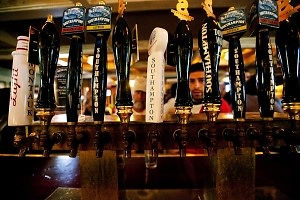 Publick House is a local favorite that offers you award winning beers on tap, drink specials, happy hours, and live music in a low key atmosphere. The place is usually a family-friendly atmosphere equipped with crayons and activity placemats, but on Friday, Saturday and Wednesday nights the crowd is a bit rowdier. Southampton Publick House brews their own beer and it's been said that even if you don't like beer, you'll find yourself drinking a pint of their Southampton Golden Lager or Montauk Light.

Freeze Factor: The crowd is very random - complete with underage girls, cougars, and of course, dinosaurs. Despite this, come with a group of your friends and taste-test the beer before summer is over. 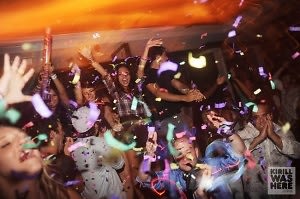 According to urban dictionary the definition of the word rage is to "party extremely hard" and "not remember the night before." Has RdV East taken the spot as the new go-to nightclub of the Hamptons? The club is always killing it on weekends - it's got all the ingredients for a night of debauchery including an outdoor area to escape the packed crowd inside, a bar with enough bartenders to avoid a long wait, partiers drinking alcohol straight from the bottle (often poured into their mouths by said bartenders) and plenty of dancing (usually anywhere but the floor).

Freeze Factor: This place has a tendency to leave you in one of those "wait, how did I get here" moments the next morning...might have something to do with that whole drinking-straight-from-the-bottle thing...

Drive to the easternmost point of Montauk and see the famous lighthouse. Montauk Point Light is the first lighthouse to be built in the state of New York and the fourth oldest active lighthouse. Bring a picnic to eat outside by the ocean views, listen to the waves crash, and watch the sunset - on a clear day you can see Connecticut and Block Island at the same time. Swing into the famed Surf Lodge or new eatery South Edison for a post-beach cocktail or snack.

Freeze Factor: It takes some effort to get here. But it's SO worth it.

5. Get soaked with Champagne at the Hottest Hamptons Brunch: Day & Night, East Hampton 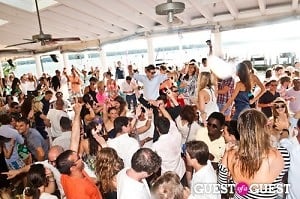 If you haven't been to Day & Night all summer...what HAVE you been doing for brunch?! There's a time for your classic eggs benedict, but there's also a time for a waterfront brunch with calamari, sliders, fish tacos..oh, and magnums of champagne and Rose. Being sprayed all over you and your friends.

Freeze Factor: Don't wear any clothes with, like, sentimental value. And beware the bathroom line is usually borderline unbearable. But you'll probably be champagne-buzzed enough not to care...