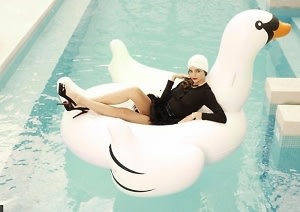 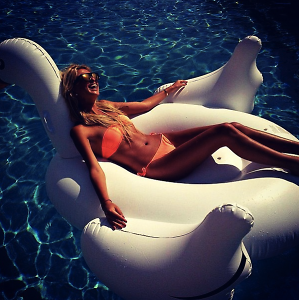 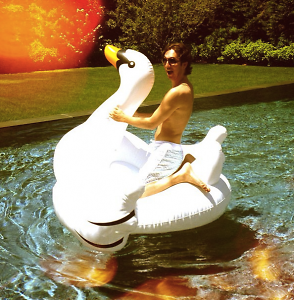 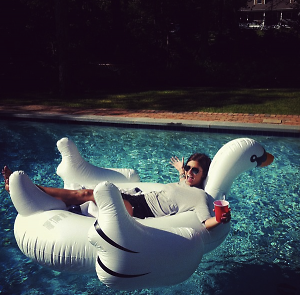 Giant inflatable toys have been found throughout the pools of the rich and fabulous since pliable plastic was invented. Did you know that the inflatable zebras found in the party scenes in Baz Luhrman's Gatsy film were inspired by carefully studied period pieces of the time period? Today "The Cool Hunter" even hosts a competition for the best "designer inflatables," (and Ben Watt's crew has been providing colorful inflatable inspiration for us for years). But, if there were ever "trends" existing in the inflatable pool animal space, this year would undoubtedly be the season of the swan.

We've spotted the giant swan, which you can buy on Amazon for under $40 (hurry there's only 17 left!), in the pool at the Soho House NYC, The Standard Hotel in LA, and even last night at the Roosevelt Hotel...not to mention the dozens of photos that have popped up in our #hamptons Instagram feeds of this giant bird lounging around in fabulous pools out east. Check them out!