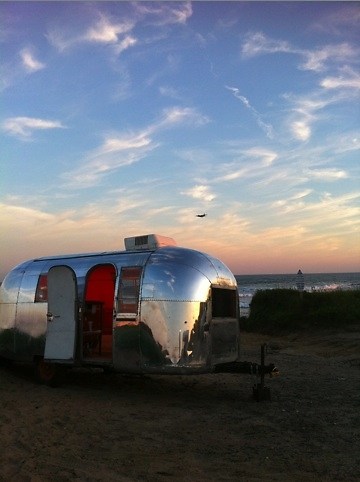 There has been a great deal of controversy surrounding Montauk food trucks, more specifically the Ditch Plains spot. Everything is finally sorted out, and the beloved Ditch Witch will stay put, with the addition of a new face. Added to the Ditch food truck scene is 27 year old, Zachary Tyler Lynds and his TURF truck. With all the heat he has taken over the bidding war for his lobster roll truck, he is ready to start serving this July 4th weekend, with hopes that his passion and food is enough to win over the critics. I spoke to Zach yesterday, and found his journey to Ditch more than inspiring.

A Southern boy that comes from a family of restauranteurs, Zach is no stranger to food.

After helping his family open their restaurant, ZAX in Austin, TX, Zach headed to New York City to continue his education on the industry by enrolling at the School of Visual Arts Master of Branding program. Summer trips out to the Hamptons, and lobster roll cravings started getting him thinking,

"I love Montauk, and I think that this community has a lot to look forward to. The more I thought about it, I felt like food trucks are so big right now, there is a lot to do about Montauk. There is such a bounty of food and culture. The more I looked into it I saw New York's biggest fishing fleet it is out of here, and it just seemed to fit."

It was through his hospitality program that he befriended design legend Matteo Bologna (the man behind hot spots Pastis, Balthazar and Saint Ambroeus). As their friendship blossomed, Zach mentioned in passing his idea for a Montauk lobster roll food truck. With the encouragement and support from his friend, Zach set out on what has become a pretty big adventure. A 30 page proposal and a 1967 Airstream (that Zach found down south, spent his life savings on, gutted himself and drove back to New York with) later, he hoped simply for a spot on the Montauk food truck scene. Little did he know he would be granted the spot. 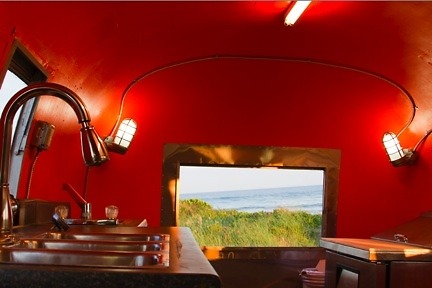 An inside peek of the TURF food truck

"I want people to feel comfortable. I want the surfer to feel that they can rest their boards against the truck and run in and grab a drink. I want the East Hampton family to have a light bite before showering and heading off to dinner. I know that I am not from out here, but I am a complete supporter. Some trucks are getting their ingredients from Costco, I am getting most everything from local suppliers."

After speaking with Zach it is clear that the last thing he is looking to do is cause a scene on anybody's turf (no pun intended). He is just a kid, looking to spread his love for food, one roll at a time. 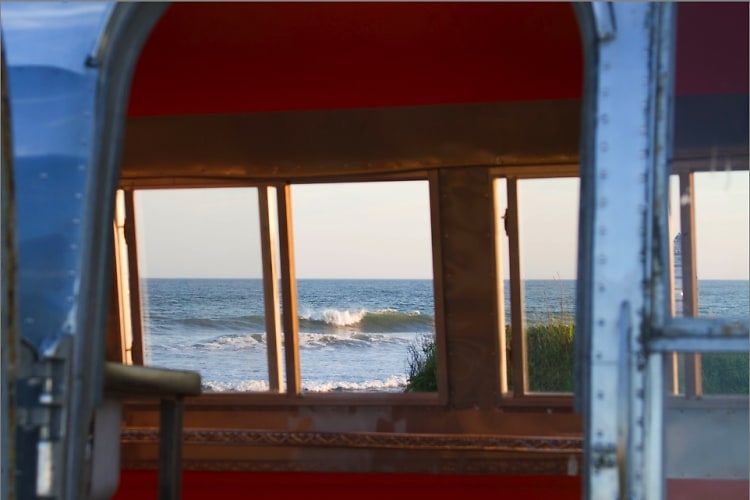 What a view, peeking through!