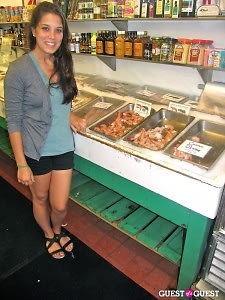 Ever struggling for something fun to do on a rainy Hamptons weekday, while you're hungry AND on a budget. We have a new obsession on how to satisfy all three of the above right in your own home.

With the inspiration of hit TV show Top Chef (and of course Montauk's yummy bachelor chef Sam Talbot in mind) Team GofG and friends decided it was time to stop letting the restaurant critics tell us where and what to eat, and to step up and do it ourselves. We gave ourselves the goal to make appetizers, entrees and dessert for three, all under a $60 budget. And surprisingly, it was easier (and MORE fun) than we thought. 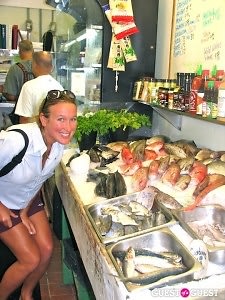 We took the seafood shops of Hampton Bays, specifically Cor J Seafood on Lighthouse Road. A favorite local place to pick up fresher than fresh seafood, the most difficult challenge was not staying under our $30 budget for seafood, but was in fact deciding what the heck we were going to pick. Though catfish, butter fish, and blue craw crab tempted us, we actually settled for 15 large sea scallops and a pound of medium shrimp. $22 later, we were psyched!

On to the supermarket, and boy did we have a list: avocados, bacon, coconut, and bib lettuce were just a few of the items on our list. We only spent a total of $30 at the supermarket, and with our outstanding $8, we even bought some flowers for the centerpiece of our dinner table. Atmosphere is always something to keep in mind, people!! 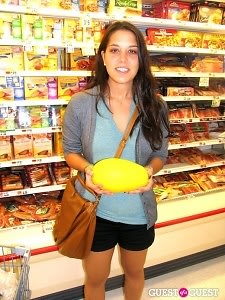 After a decent amount of prep time and a little bit of friendly drama in the kitchen, we put out a great meal and still loved each other just as much when it was over. Our salad consisted of large leaves of bib lettuce, sliced avocado, tomatoes, and cold shrimp marinated in garlic, lemon, oil, white wine, and lime. We also drizzled a little lemon and oil vinegarette over the entirety of the salad for a little zing!!

The main course included none other than 15 bacon wrapped scallops (five per person), asapargus sauteed on low heat with oil, garlic, and lemon rhine, one large spaghetti squash infused with parsley, olive oil, and salt to taste, and a cup of brown rice per person.

After so much delcious food, we came up with a dessert that was both satisfying to the sweet tooth, SUPER easy to make, and healthier than the cakes and cookies of the world. We prepped this before we started any of the other items on our menu by dipping extremely ripe bananas in melted semi-sweet chocolate. After, we sprinkled either sliced almonds or shredded coconut onto the choclate covered bananas, and put them in the freezer to to harden while we created and ate the rest of our meal. By the time we took them out, they were hardened to perfection and absolutely scrumptious, without the carbs and calories of a pastry. 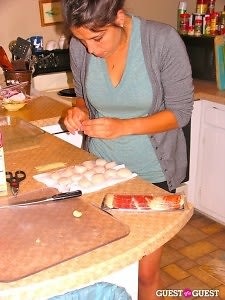 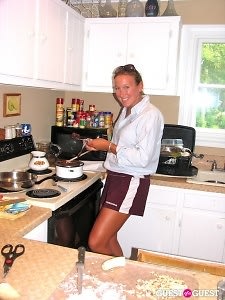 Creating all of this for under $60 (yes we may have had to buy a slighty more inexpensive wine than we would have liked), was exciting and made us proud of how gourmet we could be, especially since our summer savings may be shrinking faster than we would like to admit. Making a day out of something this fun, delicious, and affordable passed the time until this upcoming crazy weekend that we probably won't have enough time to eat, let alone cook, during. 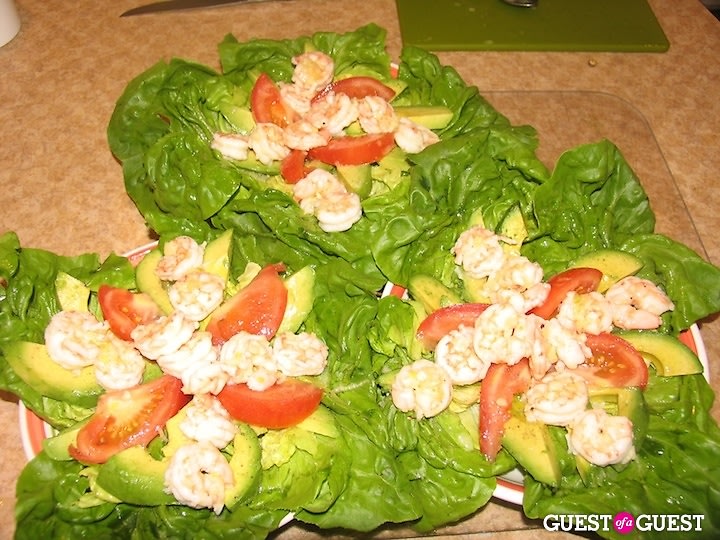 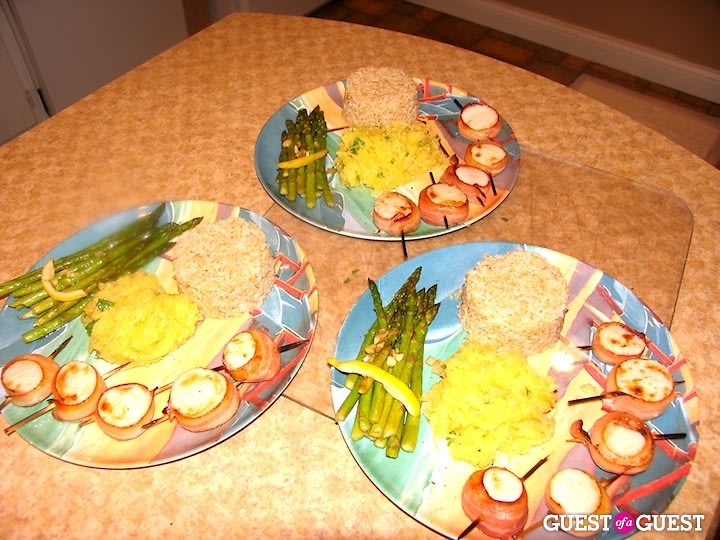 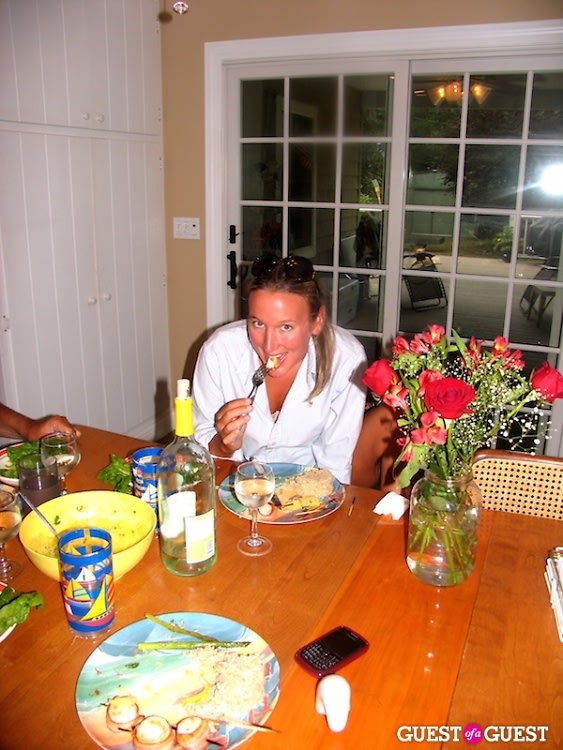 [Housewife-ing In The Hamptons: Recipe For A Perfect Summer Meal]